Probably, such judgments will seem strange to many people. Especially today, when we seem to be witnessing a “golden age” in the field of technical, medical, scientific, and social progress, there seems to be nothing left until the singularity point.

However, according to many experts, our ideas about the irrepressibility of human progress are just a decoration, elegantly constructed by the media. Everything we are so proud of today is just a refinement of the legacy of half a century ago.

This topic is also discussed by the student community who might be interested to pay for an essay online. So this way they have more time for extracurricular activities. 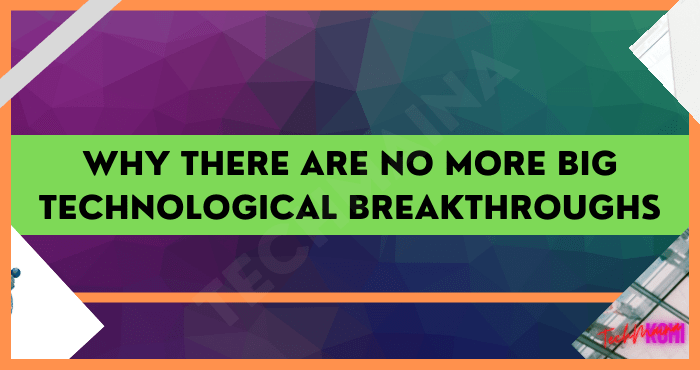 The discovery of X-rays and the double structure of DNA, penicillin (i.e. antibiotics), and insulin.

The development of in vitro fertilization (IVF) techniques and the first steps towards AI. And then there are transistors, nuclear power, the beginning of space exploration, television, the first computers, and the Internet.

And that’s just a fraction of what was discovered in the last century, leading to the industrial and productive forces that have changed our everyday lives beyond recognition.

And while these and other discoveries of the so-called “golden quarter” (the 1940s-60s) have now been perfected and finally incorporated into our lives, we have never produced anything fundamentally new in the field of science and technology.

“Sure, the personal computer and its cousin the smartphone have brought about big changes: many goods and services have become more and better.

But compared to what my grandmother saw, the basic circumstances of life remain the same today,” writes the American economist Tyler Cowan with a touch of sad irony.

What is this “technological stagnation” about? Why has scientific and technological progress not moved forward for almost half a century?

The course to slowdown

Global population aging is one possible answer to the question. At least this is the conclusion reached by a group of scientists from the Higher School of Economics, the Moscow Institute of Oriental Studies of the Russian Academy of Sciences, and the Institute of Socio-Humanitarian Education of Moscow State University.

They published a collective research article in the journal Technological Forecasting and Social Change, in which they not only described one of the possible factors hindering the pace of technological growth but also gave a forecast for its near future.

Scientists believe that technological development, although moving in a trend with hyperbolic acceleration, is followed rather regularly by periods of deceleration.

For example, we can divide the entire history of mankind into three extra-long cycles, each of which began and ended with a technological revolution:

In each of these three great cycles we can observe a single repeating scenario:

first, the discovery and implementation of new technologies increase and accelerate; Then, having reached a peak – the singularity point – the trend slows down.

In other words, the familiar model of linear and steady progress created by Enlightenment thinkers does not work for us.

The logic of technological growth always includes both periods of acceleration and decline. And we are all witnessing a period of such decline today.

According to one of the study participants, Alexei Korotayev, head of the Scientific and Educational Laboratory for Monitoring the Risks of Social and Political Destabilization at the Higher School of Economics, this pattern of acceleration followed by deceleration is visible in the dynamics of the global population.

For a long time, it was believed that demographic growth was also moving at a constant acceleration.

Since the 1970s, however, there has been a change in the global trajectory – acceleration is being replaced by deceleration, a trend that the UN predicts will continue.

Is it possible to describe these rates of technological acceleration and deceleration through some kind of pattern? The authors of the collective paper believe that: the correlation must be seen in population dynamics.

“In our study, we wanted to show that the trend of technological development that we observed in the last century cannot be directly transferred to the present.

And, according to our data, the singularity point in our, cybernetic cycle, we have already reached in 2018, so the current slowdown is quite logical, “- says Alexei Korotayev.

According to researchers’ forecasts, this trend will persist until 2030, when the third phase of the cybernetic revolution will come – the era of “smart” self-regulating systems.

And then there will be a fourth phase – in 2055 when these systems will improve to the point where they will take a central place in the new production process.

And the most significant transformations will take place in the field of medicine because by that time there will be even more elderly people, which means that the demand for such technologies will increase many times over.

The machine displacing the scientist

Nevertheless, the above interpretation is not shared by all specialists. This is mainly because such a model, for all its clarity, “sins” excessive mathematization, which excessively schematizes the complex reality.

If we move away from this model, the field explaining the deceleration of scientific and technological progress becomes more multi-dimensional.

For example, an associate professor at the Department of Philosophy and Methodology of Science at Lomonosov Moscow State University, suggests considering several factors that led to the “stagnation” of scientific and technological development.

The 20th century summed up the development of fundamental science, after which the transition to an entirely new form of knowledge existence, which requires economic efficiency, began.

Modern science is disintegrating into increasingly isolated fields of knowledge, each operating with different concepts, patterns, and mathematical tools.

In other words, the once unified scientific space is now fragmenting, and the mechanisms for coordination between different disciplines and the formation of a coherent “scientific picture of the world” are weakening.

As Stanislav Lem remarked: “It may very well be that already now in the scientific book depositories of all the continents there is a wealth of information which, if simply compared with one another by a competent specialist, would give rise to new and valuable generalizations.

But this is precisely what is being stalled by the growth of specialization, by the internal and ever-growing differentiation of the sciences…”

As a result, one loses the opportunity to receive a full-fledged fundamental scientific education – in both the humanities and the natural sciences.

The latter, according to Varkhotov, “are becoming more and more applied and engineering – and at the expense of this they cease to work with the general fundamental laws.”

What is STEM education and why do companies value such specialists

And although they allow processing such arrays of data that are not accessible to humans, the price of these opportunities is the gradual transfer of ideas about reality to computing systems – we can no longer see it ourselves.

So the more we “delegate” research tasks to machines, the more we lose in terms of our ability to discover something new.

Machines can’t discover anything. Only humans have that ability. And the quantity of knowledge does not necessarily have to change into quality.

All the more so because the discoveries that we hold so dear today were made on significantly smaller data sets.

Technologies like the essay writing service reddit can be helpful for many people. Because all novelty has always been and will always be brought by man to any system of knowledge.