In this article, we are going to share with you the Best Free CPU Temperature Monitor Tools For Windows.

How to monitor computer/laptop temperature?

There are many software that provides this capability. 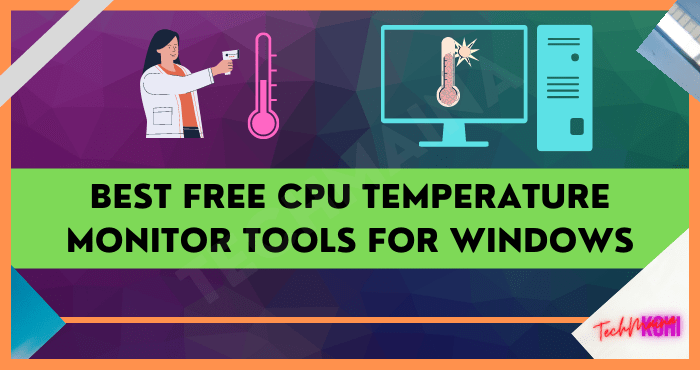 The following are some of the best free software for PCs that function to monitor hardware temperatures.

Everything has been tested and then checked for features, disadvantages, and advantages. So, you can choose which one is best for your needs.

This article will share a list of the best CPU temperature monitoring software for Windows 10 and Windows 11. So, let’s check it out. 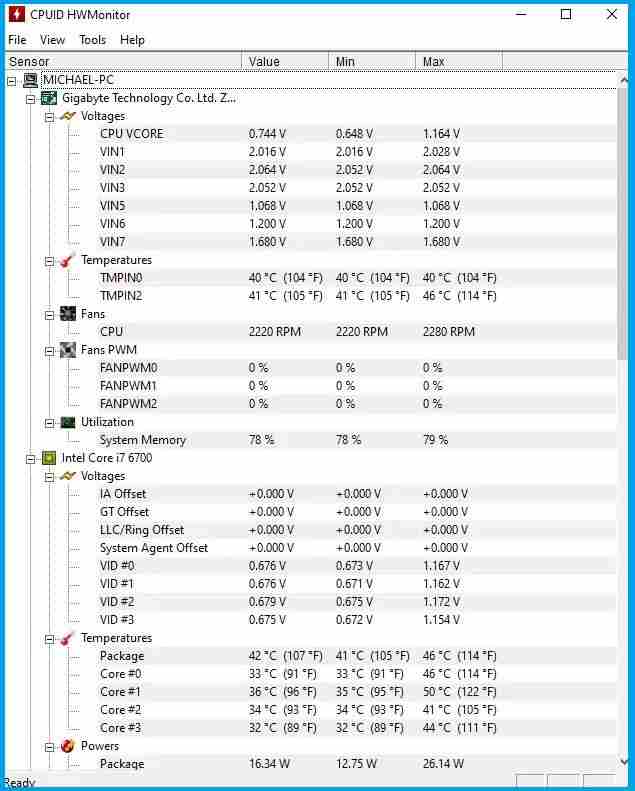 HWMonitor is software created by CPUID, the company that also makes the popular CPU-Z program.

This software has a complete display on one page so it is easy to understand. In addition to temperature, this software can also monitor voltage, fan speed, and clock speed. 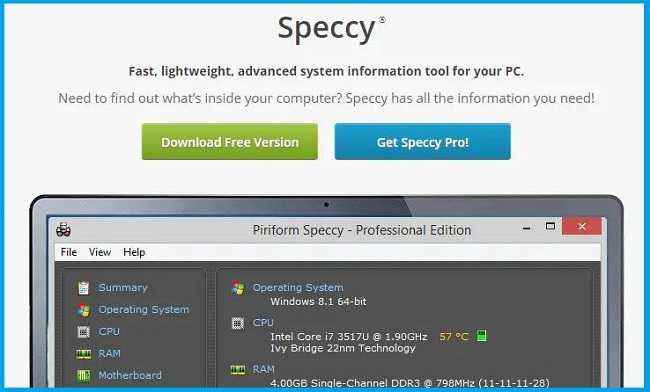 Have you ever heard of CC Cleaner software? Maybe some of you have heard of it.

Well, this Speccy software is made by the same company that made the CC Cleaner software earlier.

Speccy is one of the best software to monitor the condition of your computer hardware.

One of the features that make Speccy quite different from other similar software is that you can publish your hardware data to the internet in the form of links. 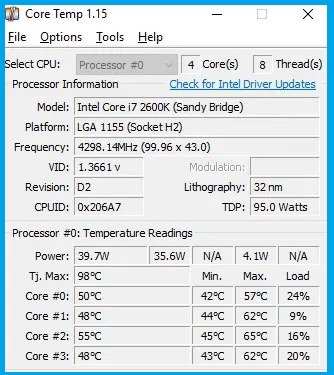 Core Temp is one of the software that is widely used to monitor processor temperatures, both Intel and AMD.

With a compact appearance, Core Temp can be used easily even by novice users. One of the advantages favored by this software developer is that Core Temp only uses small resources so that it can be left running in the background.

Unfortunately, this Core Temp can only monitor the condition of the CPU.

This software is slightly different from other similar software because Open Hardware Monitor is open source software, which means that the program code can be accessed freely by anyone.

Although it is open source, this software is not inferior to other software. With a display that is quite similar to HWMonitor, this software also has a variety of functions that are quite complete.

Unfortunately, this software does not display data about your HDD/SSD. 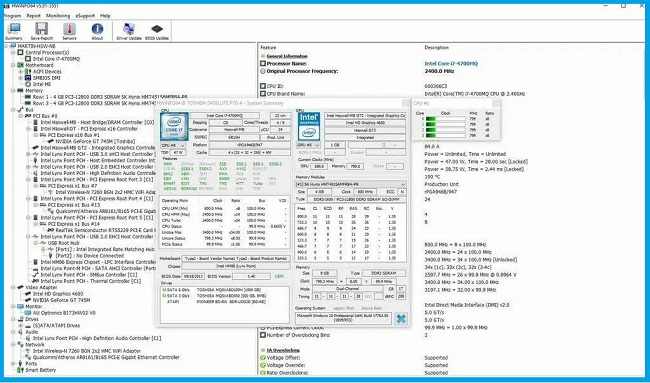 HWiNFO is one of the best software in its class. This software displays a piece of very complete information on the main page.

However, ordinary users may feel a bit confused by some of the terms in this software. The thing that makes this software quite unique is that there is a version for DOS, so you can install this software without requiring an OS.

However, it should be noted that this DOS version is no longer updated by the developer. 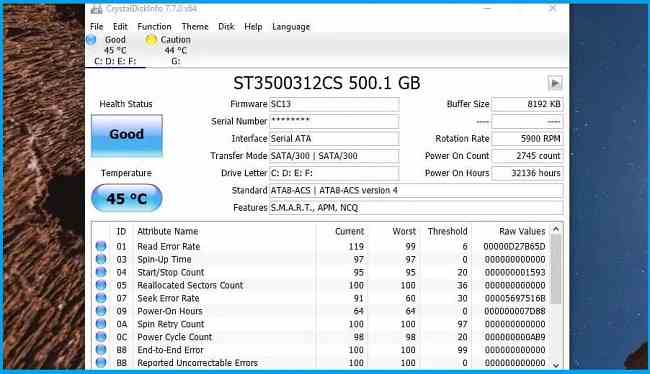 CrystalDiskInfo not only monitors HDD and SSD temperatures but also checks their health conditions.

This software provides information such as disk rotation, error rate, power, airflow for cooling, to the level of fragmentation so you know when to defrag your HDD.

Besides being able to run in the system tray, CrytalDiskInfo provides a notification option if the temperature has reached a critical point.

This notification is in the form of sound accompanied by a balloon tip in the Taskbar. You can also set the refresh frequency on each drive that is being monitored for condition. 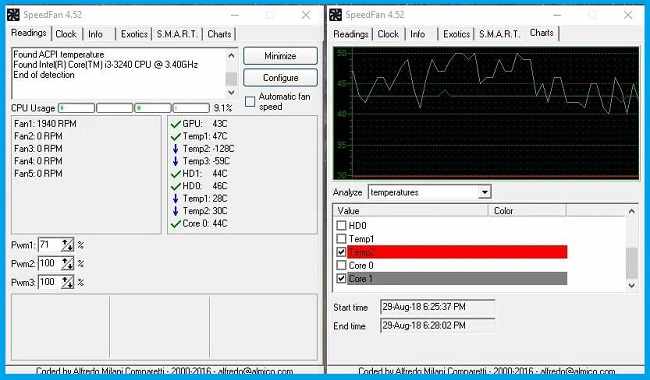 SpeedFan only displays general temperature information, but the main advantage of this software is the ability to modify fan rotation.

Whether it’s a CPU fan, GPU, or even an additional fan, you can easily control the speed.

Fan control can be done manually or automatically. In automatic mode, SpeedFan can command the fan to spin faster if the temperature reaches a certain level.

This is especially useful if you’re playing heavy games and want to make sure your computer stays cool. 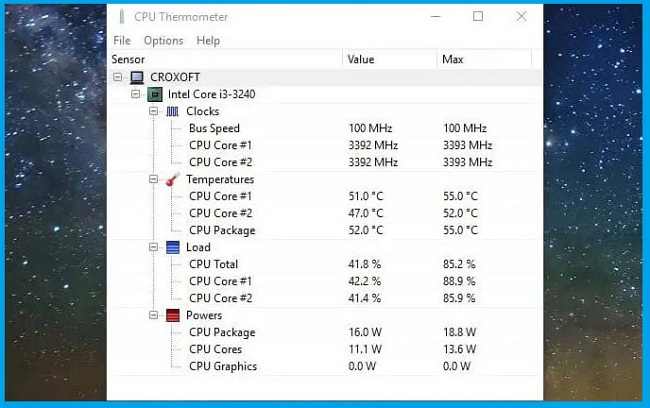 At first glance, CPU Thermometer is similar to Open Hardware Monitor. It’s true because it uses the same source code.

However, this software is somewhat more compact than its parent. Only the temperature of each core, clock speed, and power users are displayed.

CPU Thermometer is very minimal with a small size and does not take up much memory when running. On the negative side, this software also lacks features.

Even so, the CPU Thermometer is still quite useful for those of you who just want to see the temperature and CPU performance at a glance. 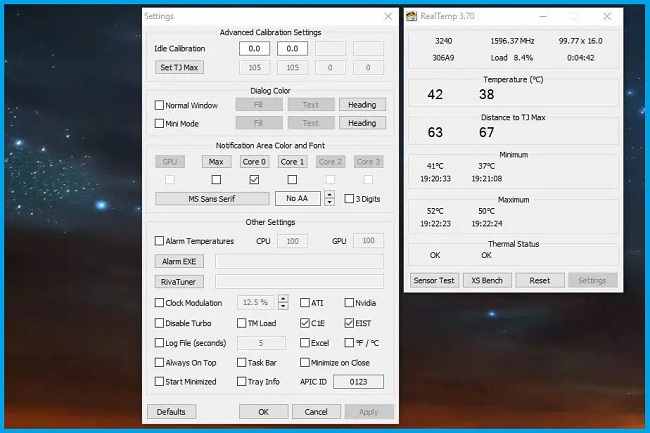 RealTemp is among the favorites here. Because you also get small tools to benchmark hardware, especially seeing the temperature in situations of maximum stress.

RealTemp shows the real-time temperature distance with the t-junction so that the user knows the heat limit that the CPU can accept.

In addition, RealTemp also presents an alarm notification feature. If the CPU or GPU temperature approaches a critical point, you will be notified immediately.

If you don’t want to know too much information about CPU temperature, CPUTempWatch software can be the main choice.

The program window only displays the temperature for each core in real-time. Apart from that, there is nothing else to tell here.

CPUTempWatch is proven to work well on Windows XP, Windows Vista, and Windows 7.

Unfortunately, this software does not support more modern operating systems such as Windows 8 and Windows 10.

Do you have a favorite software that is not listed above? Please write down the software in the comments column below.