Want to use IDM? Are you confused about how to activate IDM on Google Chrome?

IDM is usually automatically activated in the browser when it’s finished installing, but there are also some users who have to turn it on manually first.

For example, how to bring up IDM integration in Google Chrome, as I want to discuss here. 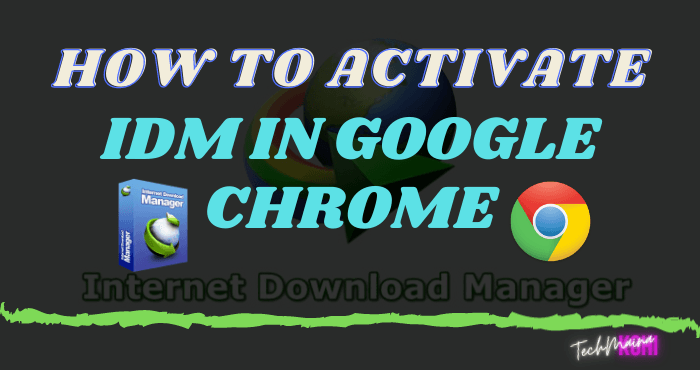 First, it should be noted here, I said earlier that IDM is usually already active in the browser when it’s finished installing.

So why do some users have to turn it on manually?

The answer is because either IDM or Google Chrome is used, it is not the latest version.

So that the compatibility of the two does not match, and the application is unreadable, and even cannot be active.

For that, please try to first update the IDM Application and the Google Chromium Application to the latest version.

But, if you want to manually activate IDM in Chrome, you have to do certain steps.

Let’s discuss in full below:

How to Activate IDM in Google Chrome In 2022 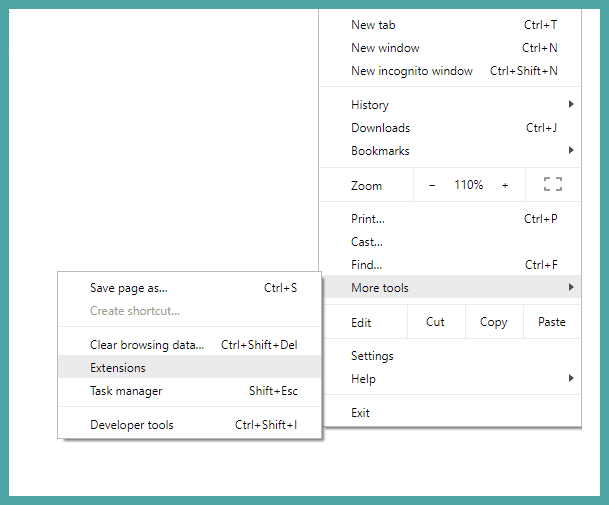 Step 2: Then the Chrome Extensions page will appear.

Step 3: Minimize Google Chrome temporarily. Next, go to the Folder where IDM is installed.

The default is in C: \ Program Files \ Internet Download Manager. If there isn’t, please search first ..

Step 4: In that folder, find a file named IDMGCExt.crx.

Step 5: Re-open the Google Chrome page, position it next to the IDM Folder file list.

Step 6: Click and hold on the IDMGCExt.crx file then drag it to the Google Chrome Extensions page.

Step 7: If so, click Continue on the notification at the bottom of Chrome. Later a new extension will appear called IDM Integration Module (IDM). Please search and select Activate. 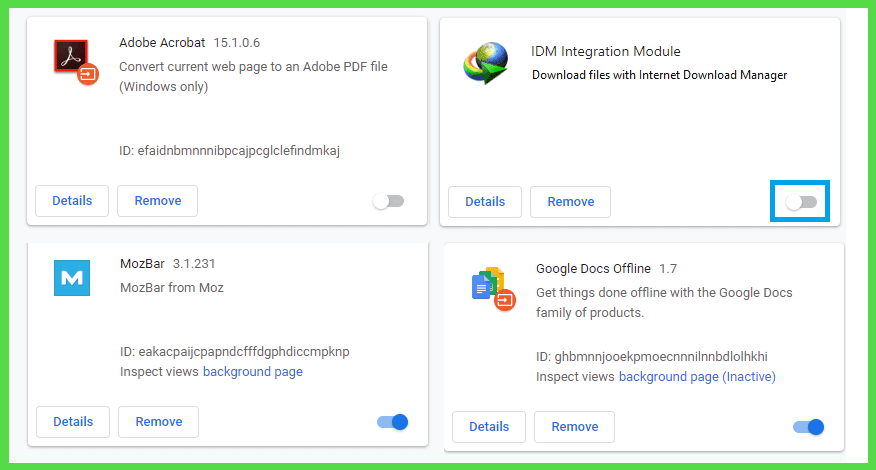 How to Fix If IDM Still Doesn’t Appear in Chrome

With the above method, IDM should be automatically integrated. I myself have tried it several times and it works.

Well, you’ve tried it but it hasn’t worked, try to follow these suggestions again:

1. Make Sure IDM Settings in Chrome are Active 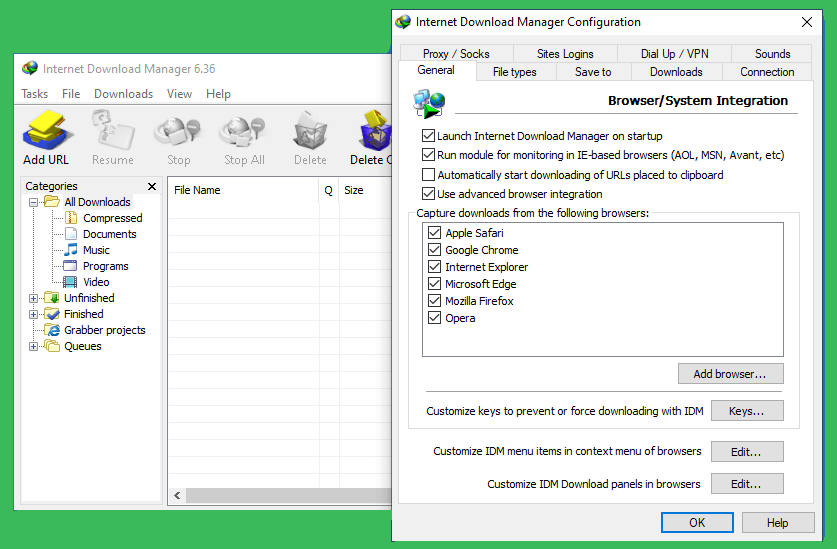 IDM has a special setting that by default should be active.

Even so, sometimes this setting just doesn’t turn on. Whether because it’s accidentally disabled or for other reasons.

Open the IDM again when done.

2. Update IDM and Google Chrome to the Latest Version 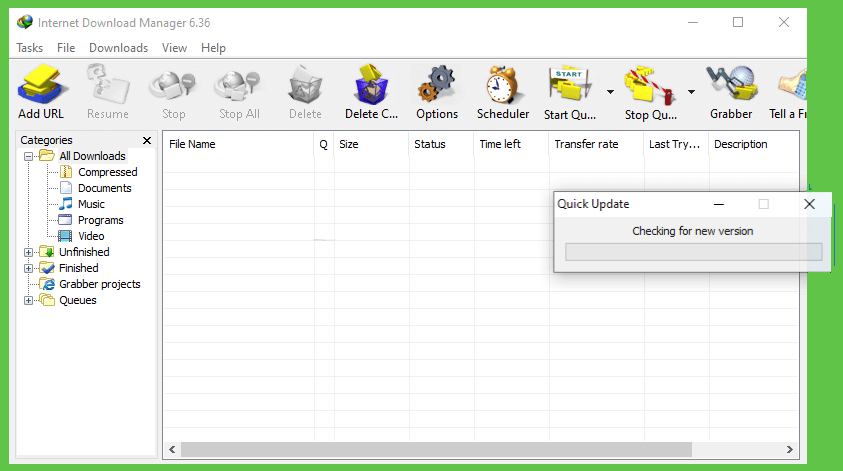 It’s like I said before. The IDM update here is intended so that IDM that does not appear in Chrome can be normal again.

The method is really easy:

Just wait until the IDM is finished checking for updates. Then also check for updates for the Chromenya:

There we can update Google Chrome.

Note: Make sure both are the latest versions

In the Google Web Store, there is also an IDM extension. This can help to bring up IDM in Google Chrome.

If so, try restarting Google Chrome. 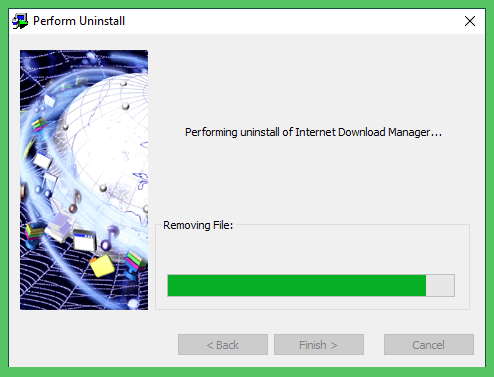 The purpose of the clean install here is to delete IDM until it is clean and then reinstall it.

This method is highly recommended when we’ve added IDM to Chrome, but it’s still not active.

I have discussed before, how to uninstall IDM until it is 100% clean. For Windows 7, Windows 8, or Windows 10 users, try reading.

Can I Create All IDM Versions? : Of course, I can. For this tutorial, I use the latest version of the application. For the old version, it’s not that different.

IDM is Already Active, But Sometimes You Like Not Working? : Make sure the IDM tray icon in the bottom right taskbar menu is running. Because if it’s not active, it automatically won’t work. Integrating the IDM must also be in accordance with the previous steps.

When you drag IDM to the extension page, why isn’t it detected? : The solution is to try reinstalling Google Chromenya. I tried it and it worked.

How to turn off IDM?: Please go back to the extensions page. Then select Deactivate on IDM. Then IDM will automatically turn off.

Are There Other Settings That Must Be Done? : So far nothing. Enough with the steps to display IDM above, then IDM is 100% ready to use.

For me, connecting IDM on Google Chrome is not difficult. In just two minutes, the steps I described earlier can make IDM active.

I made this tutorial based on my own experience. And here I share the steps as clearly as possible using pictures.

However, if it’s still not clear, please just ask where. So that later I will update or explain it (Use the comments column below).