Can phones get Trojans? Many smartphone users ask us this question. Your phone is one of your most important possessions, and you probably take it everywhere with you.

Unfortunately, your phone is also one of the best ways to get infected with viruses and Trojans. 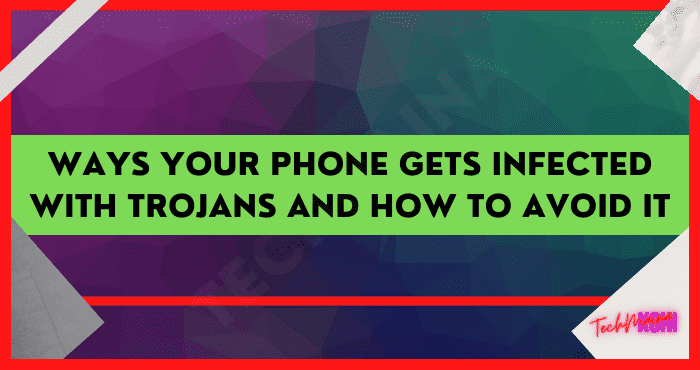 One of the best ways to prevent smartphones from getting attacked by viruses is to add VPN to iPhone, Android, etc.

We’ll discuss it more later in this guide. So, if you’re also a smartphone user and want to know, “how do you know if your phone has a Trojan virus?” then stay tuned!

What is a Trojan virus and its threats to phones?

Trojan viruses are some of the most dangerous viruses people can encounter on their smartphones. These viruses can allow hackers to access one’s phone’s data, including contacts, messages, and even bank account information.

They can also allow the hacker to take control of a person’s phone, making it possible for them to spy on them or even use their phone to commit crimes.

It is therefore very important to protect your phone against Trojan viruses by using a good VPN for cybersecurity and being careful about which apps you download and install.

How can people get a Trojan virus on their phones?

There are a few ways that people can get a Trojan virus on their phones. One way is by downloading an app that is infected with the virus.

Another way is by opening an email or text message that has an infected link or attachment.

And last but not least, users can also get a Trojan virus if they connect their phone to a computer that is infected with the virus.

3 Signs of Virus on Smartphone:

One signs your phone may be infected is an increase in random pop-ups. This could be ads for products people have recently searched for online or even adult sites. If users are seeing pop-ups that they didn’t initiate, it’s likely their phone has been infected with a virus.

Another sign is a decrease in phone performance. Your phone may start to lag or freeze up more often than usual.

People may also find that some apps aren’t working properly anymore. This is often a sign that something is wrong with their phone’s software, and it may have been infected with a virus.

If your phone’s battery is draining quickly, even when you’re not using it, it could be a sign of malware.

If a phone has been infected with a virus, it’s important to take measures to protect personal data and to clean the virus from your phone.

There are several steps that people can take to protect their phones from viruses, including setting up a VPN on Android or iPhone, installing antivirus software, and being careful about which apps they download. Let’s discuss them more!

One way to avoid malware attacks is by ignoring the phishing links. These are links that appear to be legitimate but are actually designed to infect your phone with a virus.

Sometimes, the link may even look like it’s coming from someone you know. So, before people click on a link, be sure to check the sender’s email address and website URL for legitimacy. 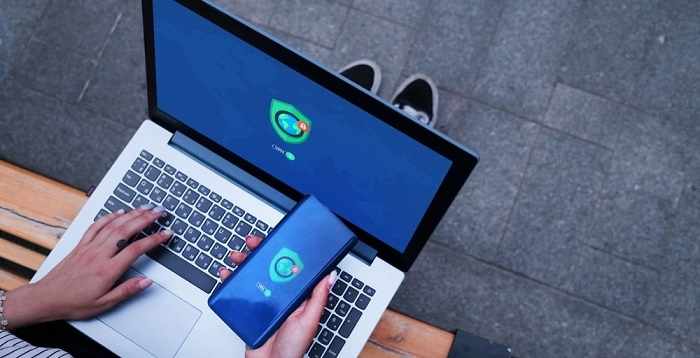 It is very important to only download apps from trusted sources such as the App Store or Google Play Store. And if people ever get an unexpected notification or pop-up message on their phone, don’t click on it!

By using a VPN, people can keep their devices safe from malware attacks. A VPN creates a secure connection between the device and the internet, making it difficult for hackers to access your information.

The best part about using a VPN is that it is affordable and easy to set up. We recommend users use the VeePN app for protection. They can download a VeePN app for their smartphones, laptops, and tablets.

The best way to prevent your phone from being attacked by malware is to keep the software on your phone up-to-date. Manufacturers and carriers are always releasing updates to patch up security holes that allow viruses to infect phones. Be sure to install these updates as soon as they become available.

To prevent your phone from getting malware, you should install antivirus software along with a VPN like VeePN. There are many different antivirus programs available, so you should choose one that best meets your needs.

In conclusion, your phone can easily become infected with Trojans if you are not careful. Be sure to only download apps from reputable sources, have a VeePN app, and always keep your phone updated with the latest security patches.