Howdy gamers, in this article we are going to share with you PS5 Coil Whine: What is Coil Whine on PS5? How do You Fix It?

The Sony company has launched the new Playstation 5 (PS5), which stands out for being a high-end console that will allow you to enjoy hours of entertainment with your favorite video games.

However, despite being a success in sales, more and more users are reporting the presence of an annoying noise on their PS5: the so-called Coil Whine. 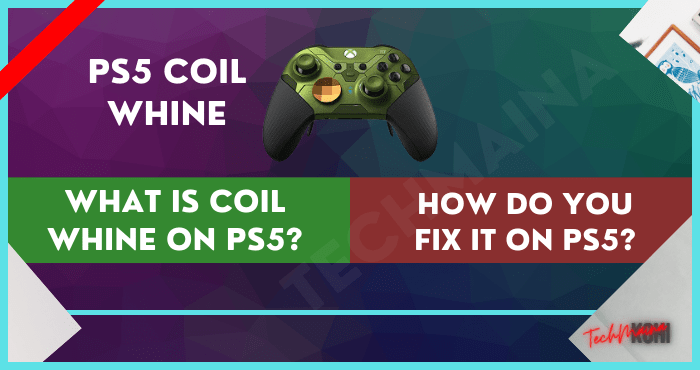 In this video, we show you the difference between the coil whine and the noise made by the PlayStation 5 fan.

What is the Coil Whine? Why does the Playstation 5 have it?

In English, the Coil Whine is the name given to the annoying noise emitted by some electrical components, which is produced when electricity passes through the coil or transformer of the device.

The literal translation of this term means “coil noise”, since it refers specifically to the noise that this element produces.

The coils convert the electrical energy received by the current, transforming it into the magnetic energy that makes the device work.

When a conversion occurs, the resulting magnetic field strength can cause the coil to vibrate, producing the well-known “coil whine” noise.

It is quite common for high-end electrical devices to produce coil vibrations, but many times the noise is not perceptible to the human ear.

However, when the electrical appliance is subjected to a lot of continuous work or when an inappropriate electrical current is supplied, then the sound can be heard.

Although the term “coil whine” originally referred only to noise caused by coil or transformer vibration, it is currently being used to describe the noise produced by some PS5s.

This noise varies depending on each console, being in some invaluable and others truly annoying. 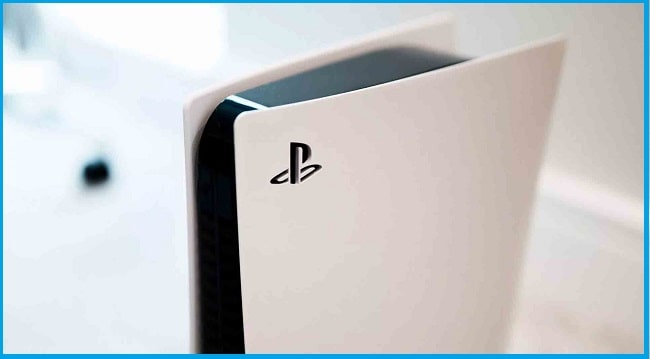 How to Know if Your Playstation 5 (PS5) has Coil Whine

More and more users have reported having a coil whine noise problem, so it is not an isolated event but rather a reality present in these consoles. Rather than being a concern, the noise is simply annoying to gamers.

In many cases, the noise may disappear over time, but in others, it persists and may intensify according to the effort made by the console.

Thus, it is more common for the coil whine to appear while playing games that require more power (for example, those where the player moves quickly) or that demand a greater graphic load.

To know if your PlayStation 5 has this defect, just pay attention and determine if noise occurs when you play certain video games or when the game is starting.

The noise always comes from the back of the console, in the area below (when it is in the vertical position).

If you notice a slight noise or noise that intensifies over time, then your PS5 has a coil whine.

If you hear this annoying noise, don’t worry. The fact that your console has a coil whine does not mean that it will stop working properly.

In fact, it is even likely that the noise will gradually disappear or you will get used to it and stop hearing it.

You can also determine what type of fan your console has since Sony used at least 3 different kinds of fans. One of these fans is more prone to noise. 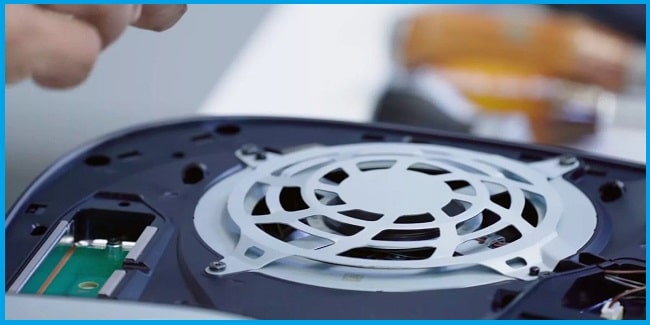 Do not confuse the noise generated by the coil or an electrical component with the noise of the console fan.

If we look back, the PlayStation 4 sinned to be very noisy, especially when the game required high power and the console was heating up.

That noise, for the most part, came from the fan, trying to cool the machine.

With the PS5 it is different. The device has a single large fan, although as we mentioned earlier, there are at least 3 different fan models, each one having a different noise scale.

Between one fan and another, there can be a difference of up to 4dB in volume.

The sound caused by the PlayStation 5 fan will always come from the front of the console, at its highest point.

What Fan Does My PlayStation 5 (PS5) Have?

In order to know which fan your play has, there is no other option but to “open it”. You have to remove at least one of the white covers of the console to get to see the fan.

Luckily, these covers are removable and we do not lose any kind of guarantee by doing so, since under the cover there are also ports for the installation of future hard drives.

23-blade fans are the most likely to present the unwanted noise that we have discussed in this article. Being able to become annoying on certain occasions.

However, the maximum noise that this model makes is far from the airplane turbine sound offered by its predecessor, the PlayStation 4.

If you want to feel more secure and eliminate the coil whine, we recommend that you contact Sony technical service.

Remember that your Playstation 5 has a guarantee, so take advantage of it. Do not try to open the console yourself, as this may result in a loss of warranty.

We hope we have explained the difference between fan noise and coil whine in the best possible way. Don’t forget that in the end, it’s all about enjoying the console.

The Latest SEO Trends You Should Know