We’re taking a look at all currently available NBA 2k Mobile Codes! If you’re looking to get some free stuff like free players, keys, cosmetics, refills, and more, then you’ll want to keep an eye out for these codes that appear periodically.

There is practically only one code available at a time for NBA 2k Mobile. So be sure to keep an eye out for the codes that appear every two months.

These codes are best if you are just getting started in the game because the cards/players that are given away are usually in the Sapphire rarity range. 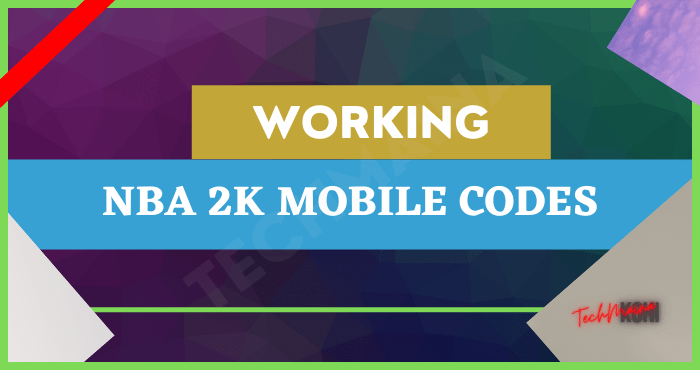 This will be a huge boost for some, but if you’ve been playing a lot these won’t be as helpful.

What is NBA 2k Mobile Game?

As in the previous parts, here the user will be able to enjoy dynamic matches within the framework of the National Basketball Association competition.

By choosing one of the teams featured, the player will be able to demonstrate the class and teamwork of basketball players on the court, resulting in positive results.

In addition to the single-player modes, which also include street games, there is also a multiplayer mode where you can compete with real opponents.

What are NBA 2K Mobile Codes?

NBA 2K Mobile Codes are developer rewards and typically bring you a new player for your team. Recent examples have been Jimmy Butler, Anthony Davis, and Kobe Bryant.

How to Use NBA 2k Mobile Codes?

Remember that gift codes are legitimate codes, not cheat codes, issued by game publishers or developers on social media fan pages at various events or occasions.

Also, keep in mind that you can only use them once per account and that you should use them as soon as possible because many of them are active for a limited time.

Enter them verbatim as provided here, since sometimes they may not work in the case of capital letters or other characters.

The way to use the code is very simple by following these steps:

Where Can I Find NBA 2K Mobile Codes?

The game developer has already published various codes that we can use in the game. These codes can usually be obtained from one of the following sources:

To redeem a code in NBA 2K Mobile, you must go to the main menu of the game. You should see a “Redeem” button on the side.

If you don’t see it, it means there are no current codes available for the game. If you see it, tap it to open the code redemption window.

Copy a code from our list, paste it into the text box, and hit return to enter it. If correct, you should receive your reward instantly!

Open NBA 2K Mobile Tap the Redeem button on the main menu sidebar Copy one of the active codes from our list Paste the code into the code redemption box Press the Return button to receive your reward.

What does the code do in NBA 2k Mobile?

In NBA 2k Mobile, codes increase the chances of getting a very rare basketball card.

Cashback codes or offers also increase the chance to use cards faster to create your dream team.

With free codes, everyone has equal access to these codes, so this is not considered cheating by Riot Games (the developers), but keeps the game fun for all players.

If you play NBA2K21, be sure to check out our NBA2K21 locker code post!

We have listed all the gift codes available for NBA 2k Mobile below. Players can redeem these codes for free rare players, energy refills, hooded sweaters, standard gear keys, and other rewards.

These are the codes available above and are basically listed as a file of things you might have won in the past. You CANNOT redeem any more, usually, only one code will be available at a time. 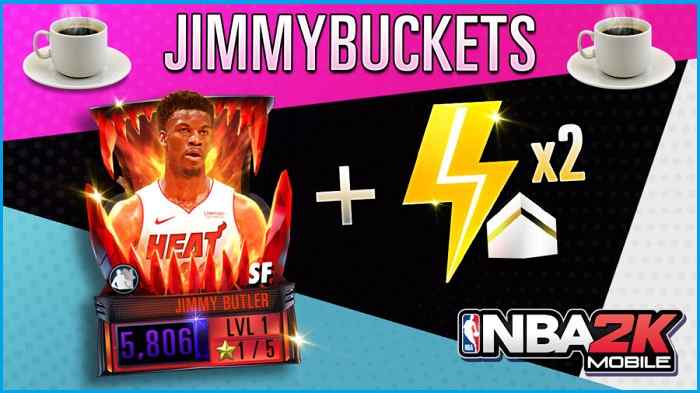 Get the new Jimmy Butler cards for free by redeeming this code! 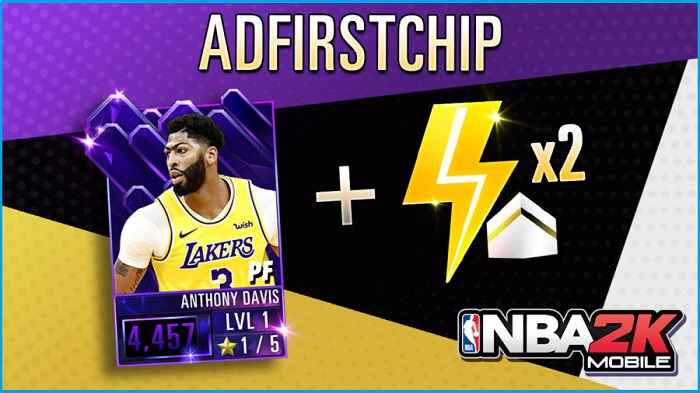 Get an Onyx Anthony Davis to celebrate his championship win and that of the Lakers! 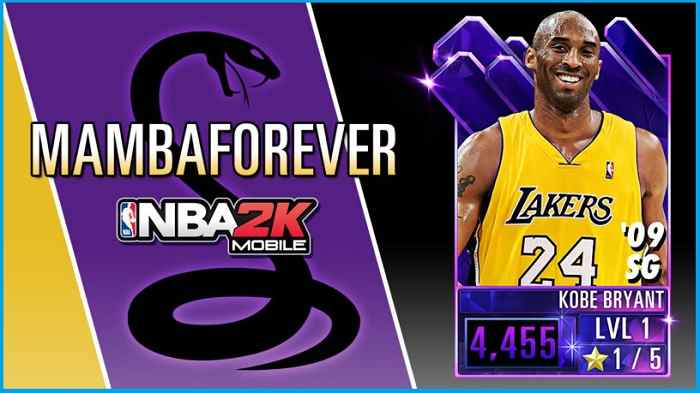 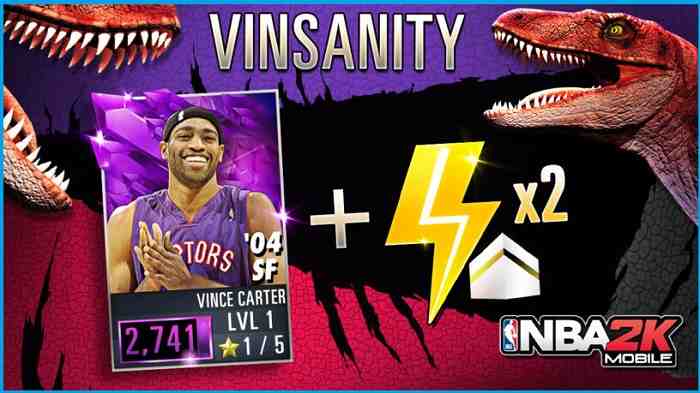 Celebrate Vince Carter’s retirement by getting a sweet new Vince Carter card with stats that reflect you as your main self! 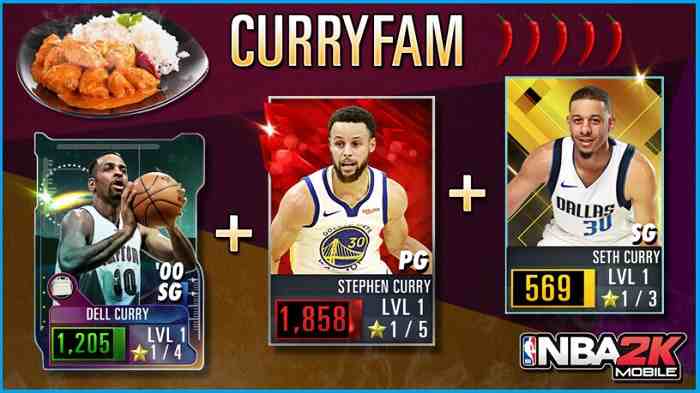 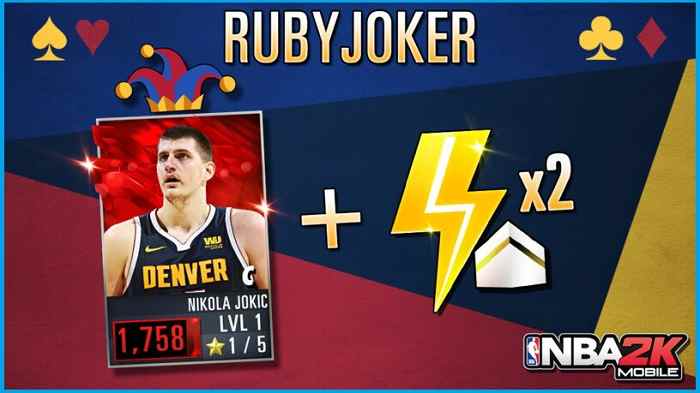 The legend of Hoodie Melo continues! If you didn’t know, there is a legendary dominant basketball player known as Hoodie Melo.

Carmelo Anthony would be seen in videos during the offseason dominating the court while wearing a hooded sweater.

This would get fans excited about the return of classic Melo, but when the regular season rolls around, he will end up not playing up to his perceived potential.

That mythological gamer is now being celebrated in NBA2k Mobile!

Zion Williamson was the overdone rookie entering this year, but unfortunately, he had some injury issues to deal with that kept him out of the game early in the season.

He ended up debuting in the middle of the season and doing quite well in the limited amount of play he had before the season was suspended.

Damian Lillard is a talented point guard, but some may not realize that he’s also a pretty good rapper performing under the name DAME DOLLA.

Giannis has been a force to be reckoned with and won the league MVP for the 2018-2019 season.

To celebrate the start of the Rocket’s preseason-opening, you were eligible to receive a gold James Harden!

These are all the NBA 2k Mobile coupons available right now to get lots of free prizes.

If you have any questions about how to activate them or where to find them, don’t forget to ask them in the comments, and remember that if you liked the guide you can share them with your friends on your social networks on Twitter or Facebook.

How to Make Automatic Door in Minecraft [2022]