CoD Mobile Ranks – After the huge success of the Battle Royale-based fighting game concept, now many video games from similar but different genres have also been released and are getting great attention.

Come Call of Duty Mobile, which has also entered the smartphone gaming industry and has reached a total of 100 million downloads in just the first week.

The launch was pushed forward to the end of September 2019, even the server was down at the beginning of the opening due to the boom in CODM fans.

What makes a game like Battle Royale seem to be in demand by so many people? One of the factors is the rank system.

The CoD Mobile Rank order also makes users want to keep playing all the time as if they have to complete the main missions that are available every day, week, and month.

To get a high ranking, players must earn points so that the tier increases quickly.

Previously, we discussed tips and how to increase the rank of CoD Mobile and what tricks to avoid the CODM rank system going down. 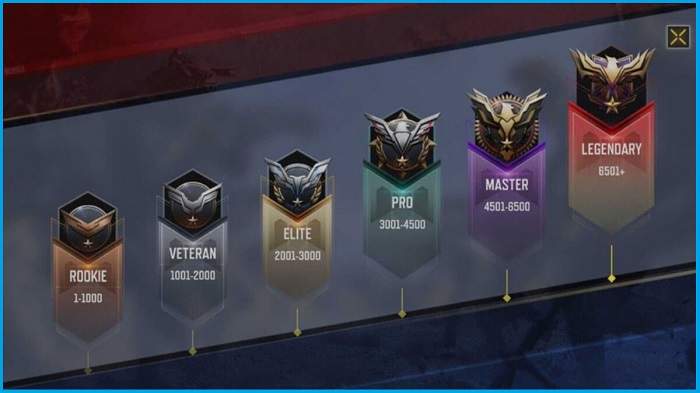 Users will play harder and harder to get rewards and achieve daily targets, especially adding EXP so that the level will also increase.

In the CoD Mobile Rank Order system, players are distinguished and divided into certain tiers when fighting.

All rounds of the fight will be matched by the opponent with the equivalent. Call of Duty Mobile refers to the total score, MVP, K/D value, and the rank itself based on the player’s performance after fighting.

Of course, the higher your rank, the more difficult it will be because the opponent is no less good and forces you to improve your skills in order to survive in the war.

But fortunately, Garena will separate the server for PC Emulator users from players playing on mobile phones, so there’s no need to worry about what happened in PUBG again.

The following is the order of CoD Mobile’s Rank along with the complete rank, Call of Duty ranks it in total, there are six levels that you can get from the highest and the lowest, including:

Everything is also subdivided into three-tier stages, for example, Master there is Master III – Master II and Master I.

Yes, like PUBG, that’s how it is, Legendary ranking is indeed the highest rank in the CoD Mobile Ranking Order and the player with the highest score recorded on the server will be displayed on the board.

Call of Duty Mobile plus ratings can change at any time if another user has a better score.

A rookie or a new account will start his fighting career from the Rookie rank. But then the question arises how are other players placed on a more specific tier?

Tier placement other than Legendary will be determined based on the point system, the higher the number of points you have, the better your ranking will be.

Then are there any tips to get a lot of points? Of course, we will discuss that below and now we will cover the point distance of each Tier.

Let’s Look One by One:

The first is the Rookie rank. Rookie is the initial rank that all CODM gamers must pass when playing rank mode.

At this rank, usually, gamers who do have playing skills will easily win.

If you think your opponent is too easy, don’t stop playing right away. Go ahead and get lots of points to be able to promote to the next rank. 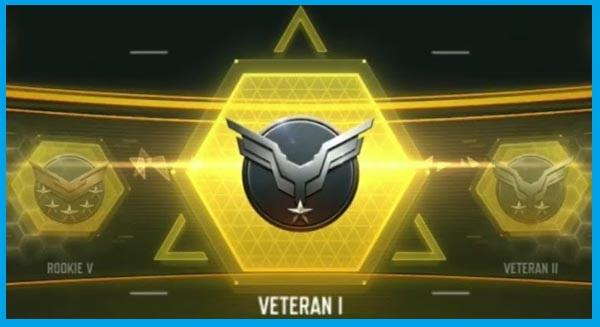 Furthermore, above the Rookie rank, there are Veterans. At this CODM rank, usually, gamers who play have started to understand and have pretty good aim.

With good aim, we can also win duels, even in open areas. It’s like a word, aim capital, you can win.

Then enter the rank that is starting to compete fiercely, the Elite rank. At this rank, in addition to having good aiming capital, gamers also begin to understand ideal locations.

Movements will be more calculated and begin to play less barbaric. No wonder in this mode it will be more difficult to target the enemy.

Entering the top rank group, there is a Pro rank after the elite. This ranking is already getting really heavy.

Players who have reached this rank are certain to have good aim, and good map knowledge.

But don’t be surprised if in the Pro rank there will be a lot of ‘yoyo’ gamers, namely up and down in rank because of the difficulty of getting win streaks.

Near the top, there is a master rank. In this ranking, usually the potential as a pro player is already visible.

In addition to having a good aim and strong map control, at this rank, coordination and communication between players are usually dominant.

Not only good aim, map reading, coordination, strategy, but also have mastered rotation and tricks that are classified as advanced in Call of Duty Mobile.

The highest rank is often also referred to as the highest rank because this game takes the theme of military war. And the title of rank is the thing that is most attached to the military.

What are the Tiers in Ranked Mode?

Get Points To Rank Up

As we mentioned, in one rank the CoD Mobile Rank Order will be divided into four tier stages that players must go through before advancing in rank (except Legendary).

The following points are required for each:

Furthermore, the developer said the required point system will undergo changes in the future.

So the statistics above can change at any time until the final data later, there is no point limit or special distance for Crew, Clan, and League competitions. 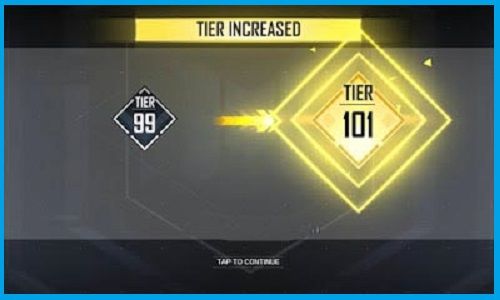 Once you understand the CoD Mobile Rank Order, you must understand that the more points you get, the more chance you have to go up in caste.

Meanwhile, if you lose and fall faster, you may lose points. The more often points are removed, your chances of getting down to Rookie are also wide open.

In CODM there is a card called the Tier Protection Card, the point is to protect the tier when playing so if the result is bad it will not have a negative effect on your rank points.

On the other hand, points can be added if you get pretty good stats in a match.

How to Get Free CoD Mobile Points

Earning points is not difficult. But getting a lot of points is not a trivial job, especially if you play without a PC emulator while the opponent has high skills plus more emu.

Users can increase their CoD Mobile Rank Order by playing in Multiplayer mode, which has been tied to a tier-up mission, such as Team Deathmatch.

Unfortunately, if you play in Zombie and Battle Royale modes, your points will not increase significantly.

Points earned statistics are determined based on 50% of the total you pick up your opponent, 30% the number of times you are picked up, and 20% of the time you last in the match.

The results of the calculation of these three factors will determine how many points you are entitled to achieve. 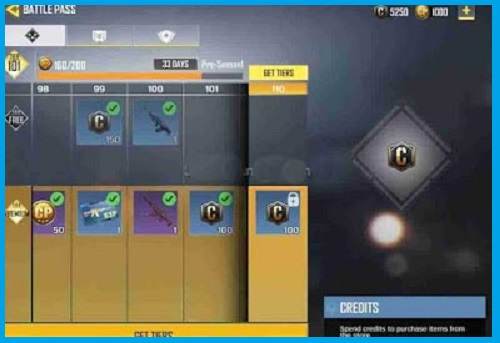 If your performance is positive and good, even if your K/D is zero but you win, your points are ready to go up, piling up in the Battle Pass.

On the other hand, if you look bad, be prepared to lose points, so get points and lead the Indian Leaderboard.

Yes, each country has a scoreboard. The leaderboard is determined from where the user plays because we are in India and we also use the Garena version to install it, so the Indian Leaderboard will automatically be displayed in the CoD Mobile Rank Order.

The Secret to Increasing Rank in CoD Mobile

The Call of Duty Mobile India group on Facebook got excited saying there were hidden tricks and tips to increase rank without having to cheat.

Even though until now these are only myths and mysteries of urban legend that will not be revealed.

If you want to increase the rank of CoD Mobile you have to play in Multiplayer TDM mode.

Because Battle Royale and Zombies will not add to your tier points, that mode is also boring and still seems stiff.

How to play in Multiplayer mode:

A few additional facts, the Leaderboard system will be separated for Battle Royale and Multiplayer modes which have their own leaderboards and are determined based on AVG Accuracy, MVP, Victory, and K/D Score.

Usually, people tend to give up and take advantage of the services of CoD Mobile jockeys.

Yes, that’s a brief explanation of the CoD Mobile Ranking Order and Call of Duty’s Complete Rank along with tips for earning points to get a higher tier, our advice is to just play Multiplayer mode, the benefits are more than other modes.