Howdy friends, in this post we are going to share with you the best screen recorder for pc (windows and mac).

So, Without wasting time let’s go to the point…

For those of you computer users, especially those who like to play games. 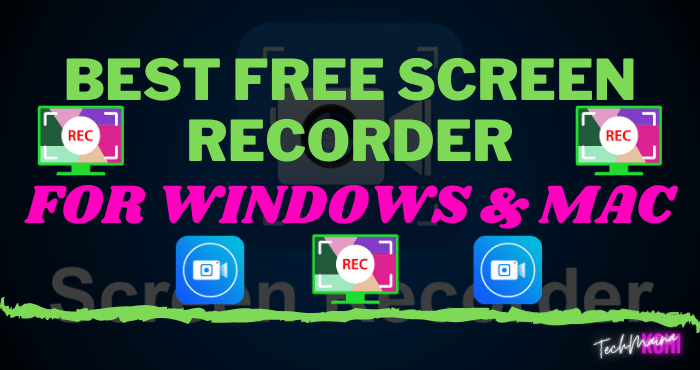 Have you ever thought about recording your activities on a PC and uploading them on social media or video platforms like YouTube?

If so, that means you need software that can record your monitor screen.

Screen Recorder is software that can take recordings from your PC’s monitor screen, without having to record them with a camera.

This software is usually used by content creators, especially those in the gaming or tutorial maker field.

Well, the number of screen recorder software itself is not small, there are many software out there that function the same but have different developers.

Therefore, I am publishing this article. In this review, I will bring you some of the best screen recorder software that you can use. Here is the list. 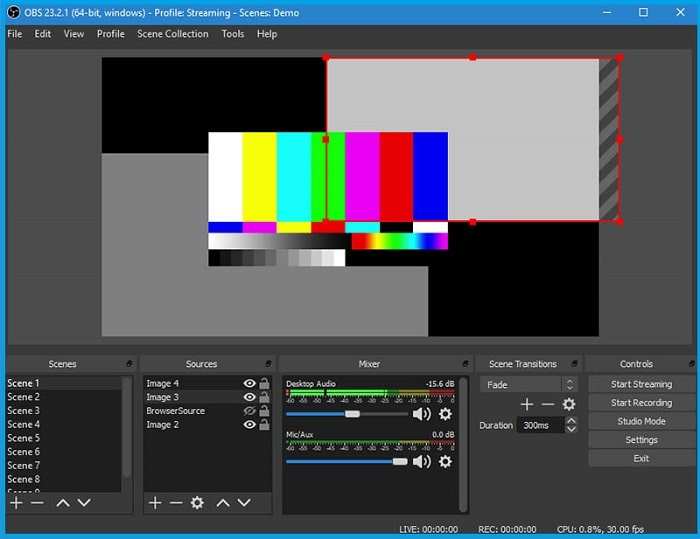 This application is an open-source and multiplatform application, so you can get it for free directly from the site.

Apart from being open source, OBS Studio also has other advantages that you can enjoy for free. The following are some of the advantages of OBS Studio. 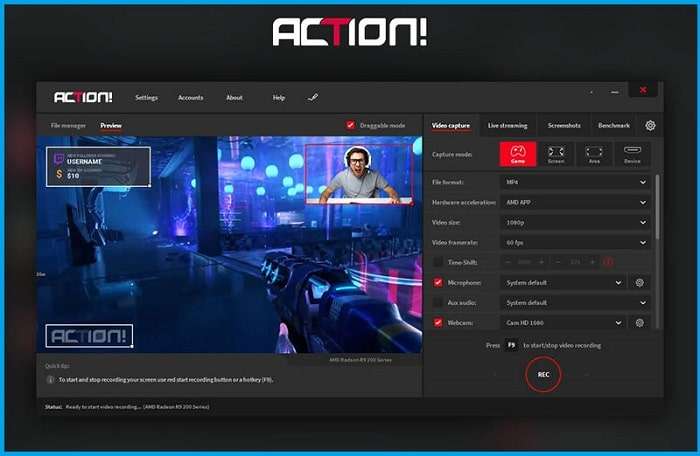 Action! Is a screen recorder application developed by Mirillis? This application will help you when you want to record a PC monitor screen or want to stream on a platform.

The specialty of this application is that it allows you to choose the focus to record one application or record the entire screen.

Action! you can get it for free for 30 days of use on the official website. To reactivate you need to buy a serial number at a price of 29.95 $. 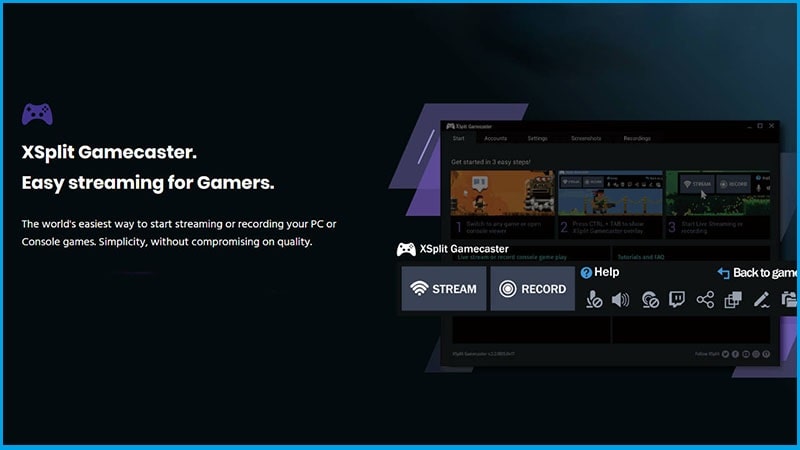 Gamecaster, which was developed by XSplit, is a screen recorder software that you can use.

With Gamecaster you will be able to record or stream with just a few clicks. The advantage of this software is that you can store all projects in the cloud.

And this is an advantage when you broadcast outside the home, the Cloud option can help do that.

The advantages of Gamecaster : 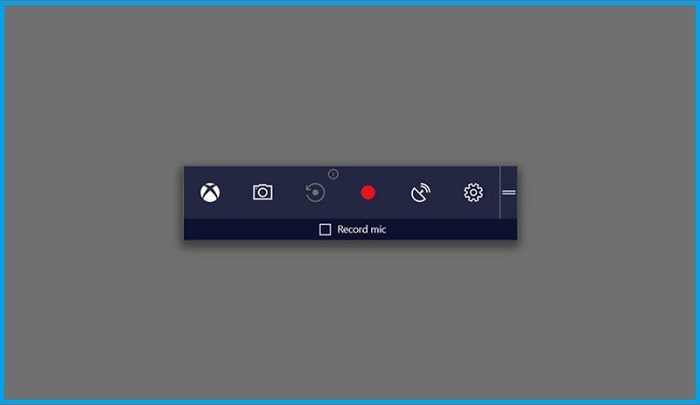 For those of you who use Windows 10, there is one built-in feature that you can use. This feature is the Windows 10 Game Bar or it can also be called a Game DVR.

By using this feature, you no longer need to bother downloading third-party software to perform the screen recording process.

With this feature, you will also be directly integrated with the XBOX. And the specialty of this feature is that the recording has a size that is not large. 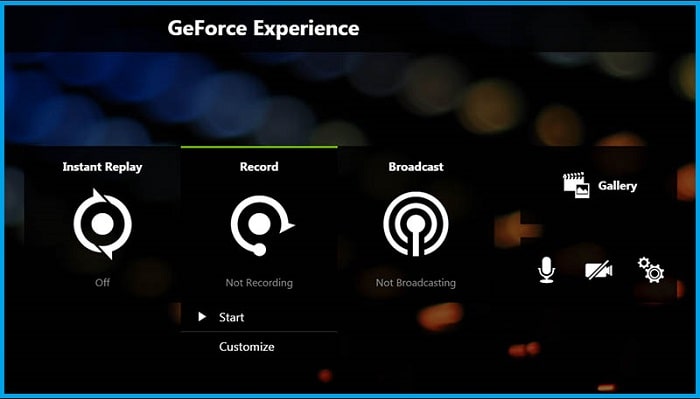 Next is GeForce Experience (ShadowPlay) developed by N VIDIA. With this application, you will be able to record your activities on a PC in high quality.

With this application, you will be able to record gameplay up to 4K quality at 60 frames per second.

And also ShadowPlay is hardware accelerated, which will not affect your performance while playing games.

Apart from that ShadowPlay also has a feature that can take good moments playing games automatically.

Note: this application can only be used by Nvidia GPU users. 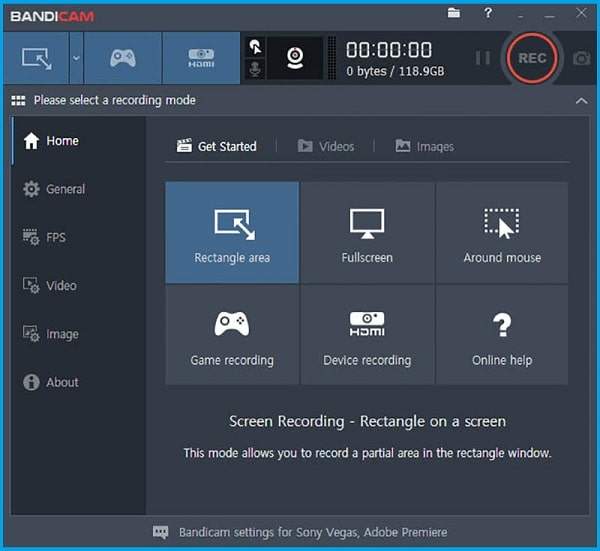 Bandicam is a fairly popular screen recorder software. With this application, you will be able to record with the highest compression so that it makes the recording as close to the original.

In addition, Bandicam can also record up to 4K UHD resolution with 144 frames per second.

The app is also light enough to run, which would be a positive value for low-spec PC users.

And also, Bandicam can record with additional tools such as a webcam, XBOX / PlayStation, smartphone, IPTV, and various other devices.

To download this application, you can get it for free via the direct site, provided that if you download a free series, there will be a watermark on the footage you take. 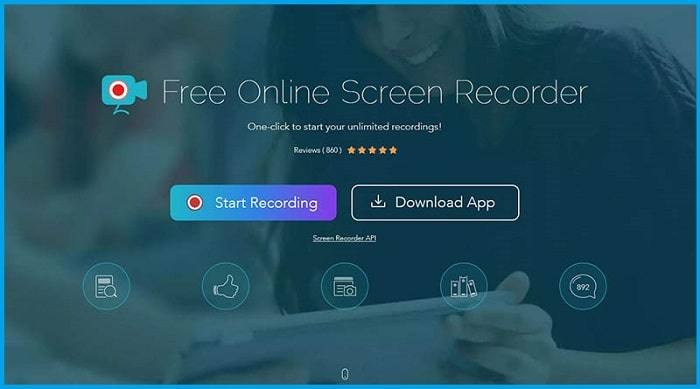 Free Online Screen Recorder which is an online software result tread Apowersoft is software that is run online in a browser without having to install it first.

This application is quite light to run, and also has a simple and clean interface.

With Free Online Screen Recorder you will be able to record your screen in various formats. Apart from that, you can also set which part you want to record.

This application can also make you edit immediately while the recording is in progress.

With the Edit Screencast in Real-Time feature, you will be able to add lines, writing, info, lights, and various others while recording. 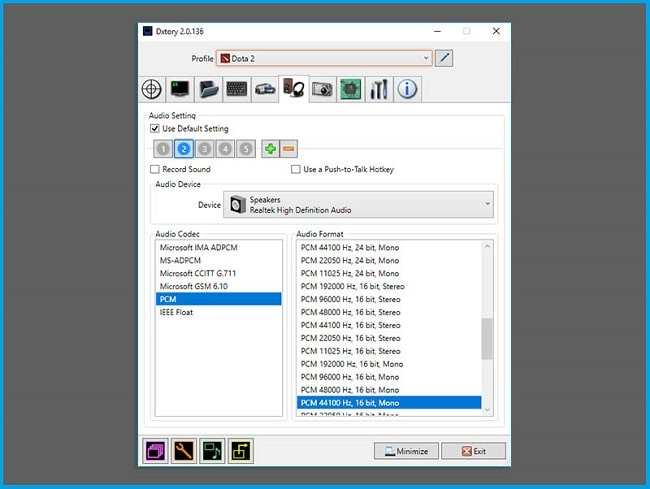 Furthermore, there is DXtory which was developed by Exkode. DXtory is a screen recorder software for DirectX and OpenGL applications.

With DXtory you will be able to record at the same quality level as the original, with the Lossless Capture feature, DXtory will record pixel data as the original.

With the multiple audio sources recording feature, this application can record two voices at once, internal sound and external sound. You can also edit the voice recording separately. 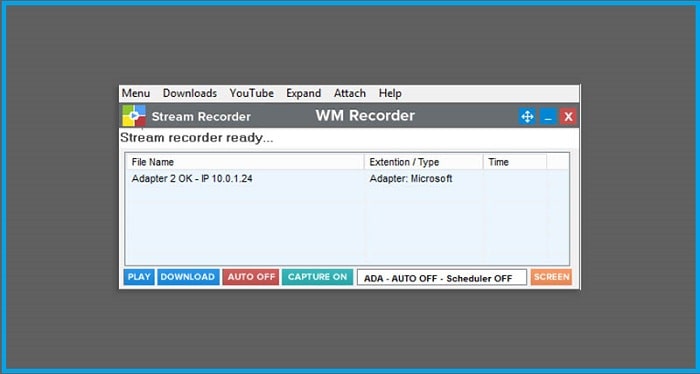 Next is WM Recorder. WM Recorder is software that has four functions at once, aka four-in-one.

With WM Recorder you will get Video Downloader, On-Screen Recorder, Audio Recorder, and Converter features. Here’s a list for more complete benefits : 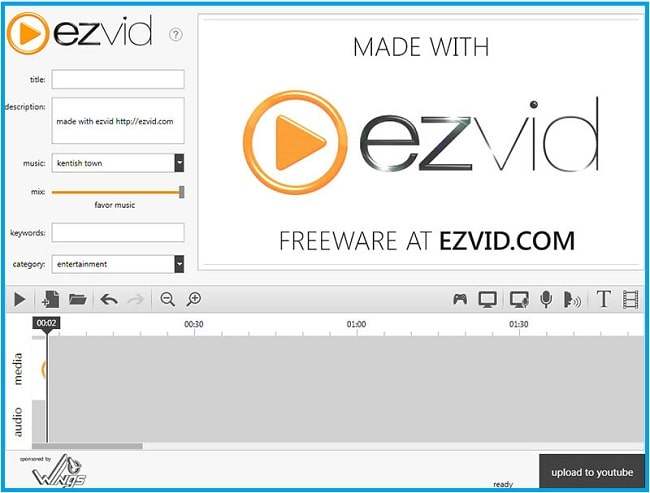 Ezvid is a screen recorder that can also run editor functions at the same time. With Ezvid, you will be able to edit the videos that you take directly in the same application.

You can get this editing feature for free without having to pay. The results are also fairly good, the drawback of this application is its relatively large size and takes up a lot of space. 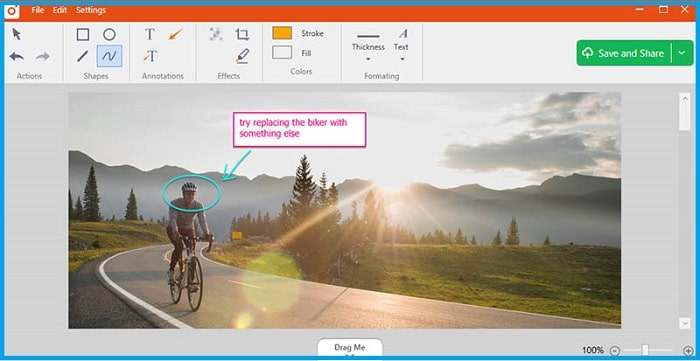 Next, there is TinyTake which is a screen recorder developed by MangoApps. With this intake, you will get some features that are not available in other screen recorders, this feature is Annotate.

Interestingly, this application is quite easy to use, with just one button you can record the screen. Plus, you’ll get 2GB of cloud storage when you sign up for TinyTake.

The downside of TinyTake is that in the free version you don’t get all of its features, and you can only record up to 5 minutes. To Bypass the limit you have to buy the full version.

The advantage of this application is that you can pause it easily during the recording process.

Apart from that, you can also use the annotate feature which allows you to add the text, arrows, or patterns you want.

Icecream Screen Recorder also records video creation in history which will make it easier for you to search for it. 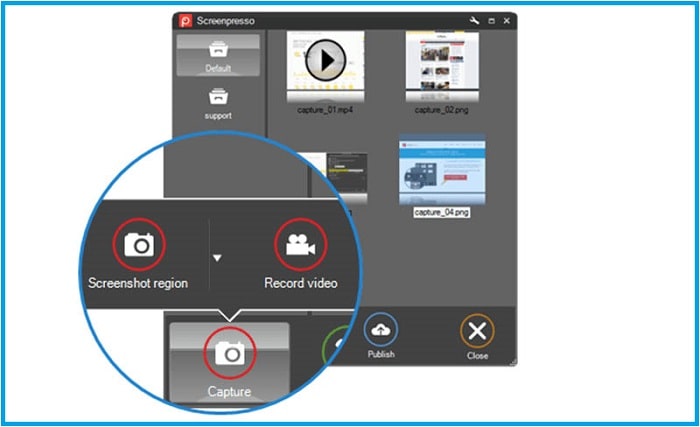 This screenpresso is a screen recorder, if you download the free version, there will be a watermark on the video you take, and you can only take videos up to 3 minutes in duration.

To go beyond that limit you have to buy the premium version.

The advantage of this application is that it has a sort and label feature that will make it easier for you when recording.

Apart from that, u also have a quick access feature that will display all the videos that you have made before.

The results of this recording application are quite small compared to other screen recorder applications. 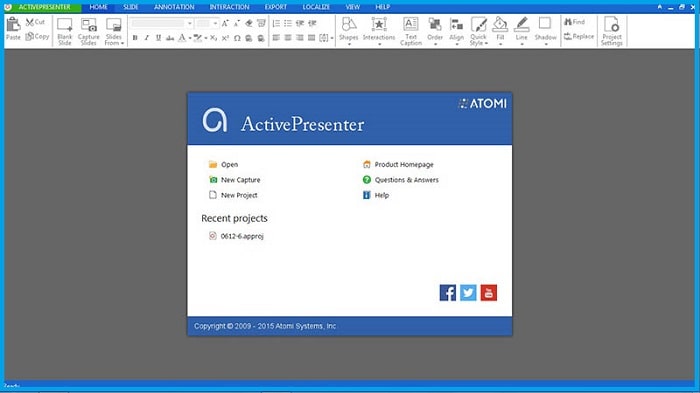 Another application that can help you in the screen recording process is Atomi Active. This application has a simple appearance but looks modern.

As with other screen recorders, Atomi Active also has a paid version and a free version.

In addition, this application also has advantages in the field of beautifying videos, because at Atomi Active there are various effects that you can use.

Do not miss this application also has an editor feature in it. 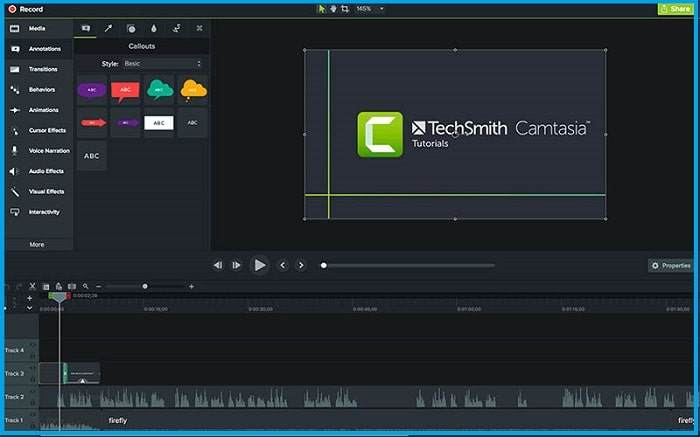 Next is an application aimed at professionals or who are already veterans in this field. Camtasia is a screen recorder that has quite complete features.

In addition, there is also an animation effect enhancer feature that you can use directly through Camtasia.

Camtasia is also integrated with Google Drive which will help you with your storage. 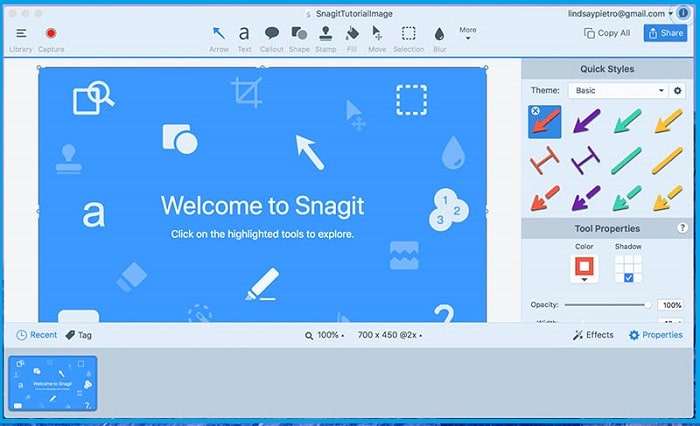 Snagit is a software developed by the same developer as Camtasia. This application is intended for those of you who want to make a video tutorial.

With the features in Snagit, it will be easier for you to make explanations in the video tutorial.

One of them is the annotate feature which will help you with the signs and writing that you can make. 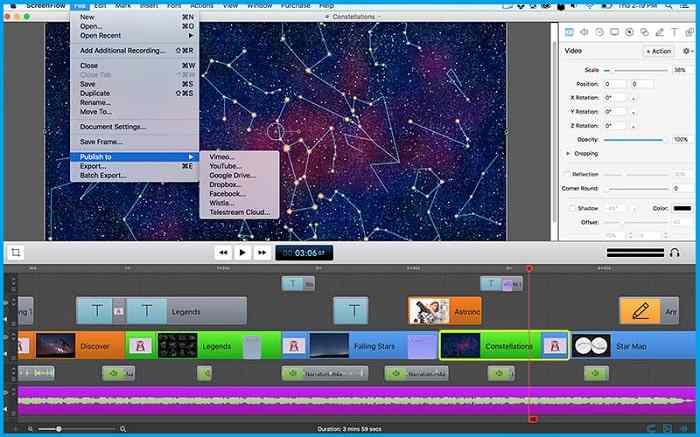 Next is ScreenFlow, an application that combines a screen recorder and editor. This application is suitable for those of you who are an Educator, Online Trainer, Vlogger, and various other jobs.

Here are some of the features available on ScreenFlow: 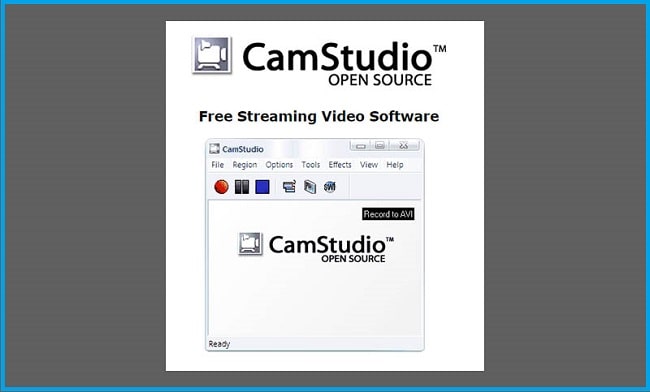 The last is software that is similar to OBS Studio. CamStudio, an open-source application that is quite popular.

With this application, you will be able to add a caption at the top of the video. This application has a size that is not that large so it will not take up a lot of storage space.

This application also has a lightweight interface. And interestingly, you can connect CamStudio with WebCam.

Well, there is another application for screen recording that is quite popular among streamers.

Yes, OBS Studio is one of the most popular applications that gamers like to use to broadcast live on YouTube or Twitch.

This open-source application comes with complete and advanced features.

An audio mixer is available for those of you who want to adjust the sounds in the video.

In addition, OBS Studio is not a screen recording application to be saved and then uploaded, so there are no features like adding annotations and others.

That’s a collection of the best PC and laptop screen recorder applications that you can download and use for the free, gang.

With this, you can easily record video tutorials or record the best moments while playing games.

Do you have any other heroes apart from the list above? Add in the comments column, yes!