Today we are going to explain to you what are the differences between the DDR3 and DDR4 or ddr3 vs ddr4 ram standard RAM modules.

DDR4 is the evolution of the first, so in general, most modern computers will almost always have these modules equipped and they are the ones that you will have to buy.

However, as in some older computers, you can perhaps find DDR3 modules, it is important to differentiate them. 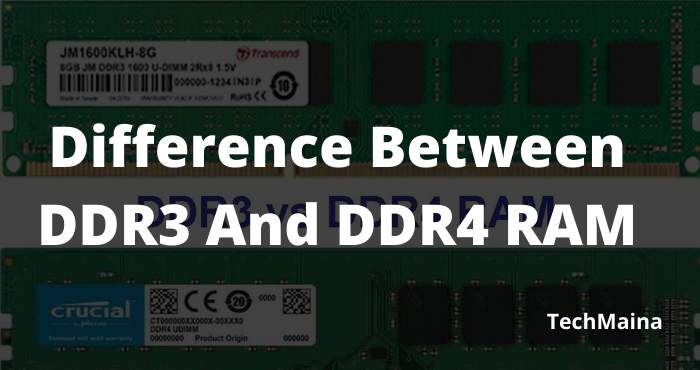 Therefore, we are going to start by telling you what the differences are in the specifications of one and the other.

Keep in mind that the motherboard of your computer is the one that has the slots for one or another type of RAM.

Therefore, if you are going to make an extension, it is important to know which one you have installed to make sure you buy one that is compatible.

Before discussing DDR, we will explain what RAM is. The term RAM or an abbreviation of Random-access memory is a form of computer data storage that stores data and machine code that is being used.

RAM memory allows data items to be read or written at the same amount of time regardless of the physical location of the data in memory.

RAM consists of multiplexing and demultiplexing circuits that function to connect the data network to designated storage for reading and writing entries.

Usually, more than 1 bit of storage is accessed by the same address, and RAM devices have multiple data networks and are referred to as “8-bit” or “16-bit” devices, and so on.

In the latest technology, RAM takes over the form of integrated circuits. In addition, RAM is associated with several types of memory where the stored information is lost when the computer is turned off.

Today there are two forms of RAM used, including SRAM (static RAM) and DRAM (dynamic RAM). In SRAM, some data is stored using 6 memory transistor cells.

This type of RAM is more expensive to produce, but it is faster and uses less power than DRAM. In modern computers, SRAM is often used for memory cache on the CPU.

If you want to know How Much VRAM has in Your Computer then you can check easily because we are shared the best method on how to check VRAM.

What is DDR RAM? 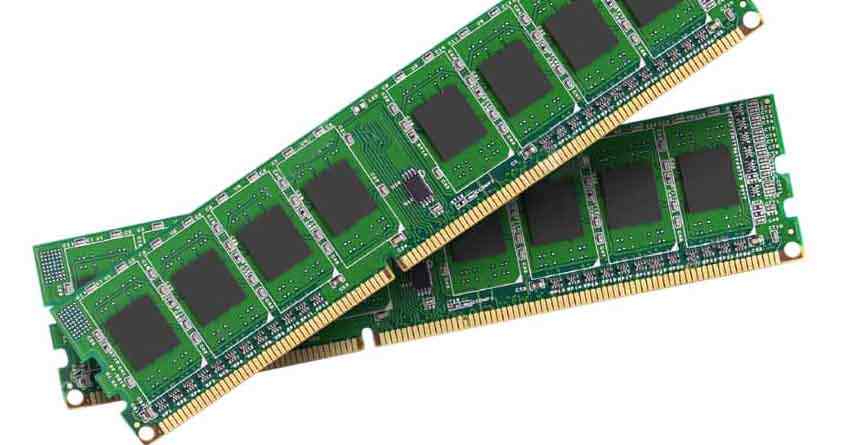 Double Data Rate RAM is capable of two data transfers per clock cycle, giving it twice the theoretical peak bandwidth of the previous SDRAM while running at the same clock speed.

The main advantage of DDR memory is the ability to retrieve data on the rising and falling sides of the clock cycle, doubling the data rate for a given clock frequency.

So they generate less heat and provide more efficiency in power management than normal SDRAM chipsets, which use 3.3V.

DDR3 RAM stands for Random Access Memory, Double Data Rate Type 3, which is a type of memory that can be changed or added as a successor to DDR2. Currently, DDR3 RAM is widely used for computers and laptops.

DDR3 RAM used on laptops uses a SODIMM module which has a length of about 67.6 mm, with a number of pins of around 204 pins.

There is a special type of DDR3 RAM called standard voltage DDR3 or DDR3 Low Energy, using only 1.35 volts of power consumption, but does not reduce DDR3 performance so that it can reduce greater energy requirements.

DDR 4 was launched in 2014 as a continuation of DDR3, currently, DDR4 RAM is still not fully recognized by the public, this is because many types of motherboards on the market still support DDR3.

The power consumption required for DDR4 is also lower at only 1.2 volts. The length of the modules between the two is the same, only the number of pins they have has increased to 288 for PC modules and 260 for laptop SODIMM modules.

There is also a low-energy DDR4 type that will only use a power consumption of 1.05 volts for certain types of mobile devices.

What is the Difference Between DDR3 and DDR4?

After discussing some information about RAM and DDR, we will now discuss ddr3 vs ddr4 ram or the differences between DDR3 and DDR4. As we discussed earlier, DDR4 is the newest type of DDR for RAM on the market.

Even so, there are still many people who use the previous generation, namely DDR3.

DDR4 is a development version of DDR3 (of course). The development is not only in terms of clock speed, but also power consumption reduced latency.

It doesn’t seem like a significant difference, especially looking at your electricity bill. However, you can get faster performance with less power.

What is the Difference Between DDR3 and DDR4 in Terms of the Price?

For now, in terms of price, the 4GB DDR3 single-channel RAM memory and DDR4 aren’t too far off. You can get 4 GB single-channel memory with a price range of 500 to 600 thousand. However, now it is up to you.

If you are still using a computer with a motherboard with a chip that supports the Haswell architecture processor, especially the Intel Core i7, we don’t think you need to upgrade for 1-2 years because the Intel Core i7 Haswell is still very capable of running the latest games.

But if you want more performance, paying a higher price doesn’t hurt to get a motherboard that is compatible with DDR4 memory.

What’s the Difference Between DDR3 and DDR4 RAM?

The Conclusion of DDR3 vs DDR4 RAM

DDR4 RAM is the next generation of DDR3 RAM which has many improvements. Judging from the factor of speed, size, number of pins, type of module, to energy consumption, DDR4 RAM is superior and deserves to carry the best RAM today.

So, we hope that you can find your answer here regarding ddr3 vs ddr4 ram. If you have any queries please feel free and let us know in the comment section below.