In this article, we are going to share with you the main Differences Between Google Drive and Dropbox.

Many people don’t realize that Dropbox is about 5 years older than Google Drive. 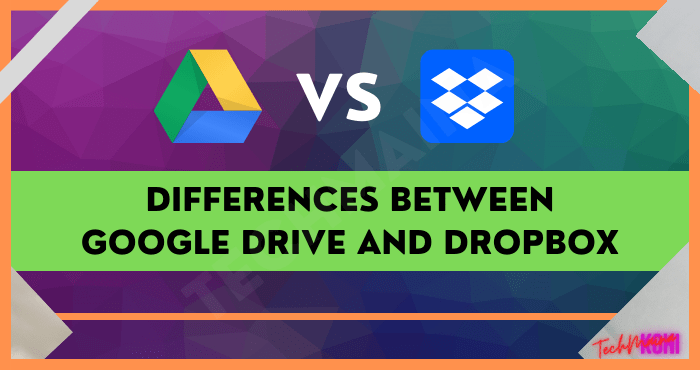 However, the power of Google’s resources alone has turned Google Drive into the single biggest competitor to Dropbox.

Today, each is competing for a growing number of users who continue to do more of their work in the cloud than ever before.

Differences Between Google Drive and Dropbox

In this article, we’ll look at the pros and cons of Google Drive versus Dropbox, and help you decide which service is right for you.

Both cloud storage providers have a lot to offer.

Each has its own unique approach to encryption and which applications and services they integrate.

However, they are similar in terms of collaboration, synchronization between desktop and mobile devices, and the convenience of working remotely.

And its integration with so many third-party apps and services makes DropBox a better choice for those who don’t use a lot of Google services. 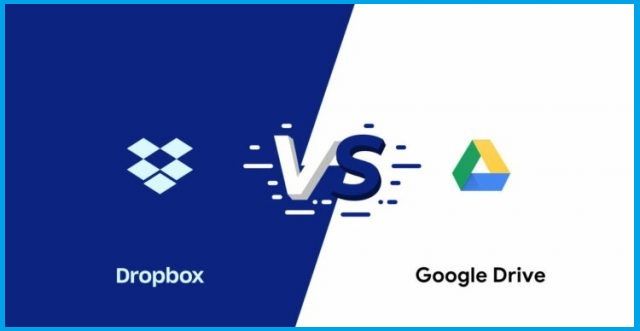 You’ll get 15 GB of free storage when you first sign up for Google Drive.

However, Keep in mind that this storage space is used for some Google services.

There are six levels to choose from.

The highest tier of 100 GB is marketed as “Google One”.

As for Dropbox, you’ll get 2 GB for the Basic free account.

DropBox’s tier structure is much simpler than Google’s.

Basically, the prices between the two services are parallel.

But you can increase the space up to 3 TB with Dropbox.

Plus, Dropbox doesn’t make you waste its storage space with an email service that can take up a lot of space. 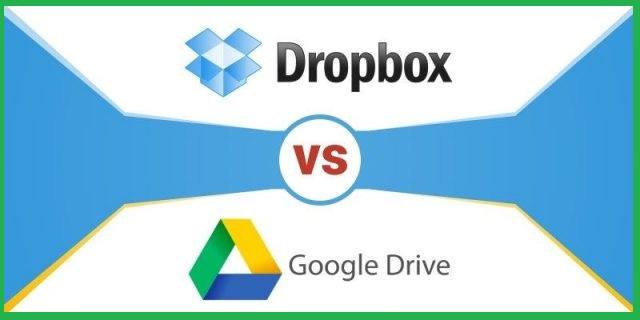 When you select New in Google Drive, you will see the option to create a new file using Google Docs, Google Sheets, Google Forms, Google Slides, Google sites, Google Drawings, Google My Maps, and the ability to connect with over a hundred online applications.

This includes Dropbox Paper, HelloSign, Transfer, and Showcase (with the top payout rates).

Dropbox provides an App Center where you can choose from 50 to 60 third-party integrations that Dropbox can connect to.

Such as Microsoft Office, Zoom, WhatsApp, Trello, Slack, and others.

While it seems that Dropbox offers Paper as a Google Docs partner, Google Docs is far superior.

Dropbox Paper is more than just a Notepad app with some great features.

Both Google Drive and DropBox, sync both almost real-time

You can even collaborate on editing documents in real-time.

However, if you plan on doing a lot of work offline and syncing those changes, Dropbox wins hands down.

This is because Google Drive transfers the entire file during each sync.

Dropbox, on the other hand, uses an algorithm called “block-level file transfer”, which divides files into smaller “blocks.”

Only blocks that have been changed are transferred and synced.

Currently, both services offer the ability to view content in your cloud storage inside your local folder.

Dropbox has always provided this in the form of their “Smart Sync” feature.

Whereas Google recently added it as “Selective Sync”.

#5. Comparison of Collaboration on Google Drive and DropBox

You can use Google Meet with Google Drive, and Zoom with Dropbox.

Multiple users on Google Drive can work on a document simultaneously in real-time.

You can watch other people edit files, have IM chats, and each can comment on documents.

With Dropbox, you can collaborate on Office documents in real-time.

This is thanks to the Dropbox integration with Office Online. There is a comment feature in real-time.

When it comes to collaboration, Google Drive and DropBox are evenly matched.

Google Drive and DropBox guarantee the security of the files you store in their cloud storage services.

Dropbox, on the other hand, uses stronger encryption for inactive files (256-bit AES), and weaker security (128-bit AES encryption) for files being transferred.

But since Dropbox only syncs “blocks” of files, not entire files, that risk is reduced.

Both services are excellent choices when it comes to cloud-based collaboration.

Google Drive wins when it comes to free storage space, the convenience of deep integration with all Google services, and solid security.

On the other hand, Dropbox excels in terms of its much faster file sync algorithm, the large field of popular apps and services it integrates with, and its integration with today’s most popular online video conferencing service, Zoom.

Google Drive is far superior because for Google users, the convenience of integrating Drive with Google services is a must-have.

Given that Google’s usage is close to 2 billion worldwide, it’s no small matter.

As for anyone who doesn’t use a lot of Google services or apps, Dropbox might be a better choice if you like the flexibility of using your cloud storage with a variety of other third-party apps and services.