NTFS Vs FAT32: For those of you who are Windows computer users, you may be familiar with the terms NTFS and FAT32.

And for those of you who may not have seen this term, you can check the Properties on the Hard Disk and Flashdisk partitions in your Windows operating system.

You can see a fundamental difference that today most Hard Disk partitions use the NTFS file system and Flash drives use the FAT32 file system. 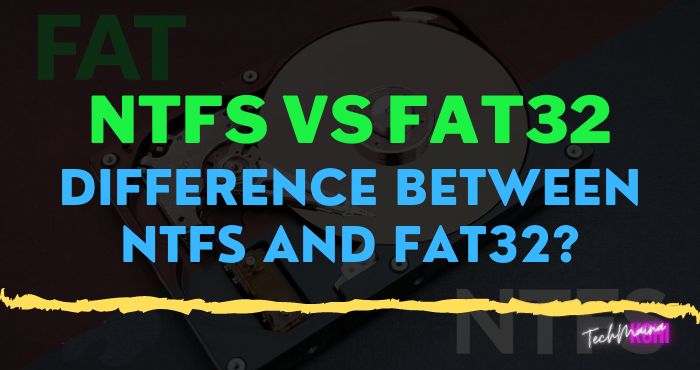 So what makes them different? Why does the hard disk always use NTFS and the Flashdisk always FAT32?

Why during system installation it is recommended to choose NTFS and not FAT32 again?

Although this is often found all the time in most people, many people do not understand the function and difference between the two.

Knowing and understanding these two differences is very important so that errors do not occur in the future when making changes to the file system or changing partitions on the storage media you use.

Especially when you want to format your flash or hard disk. Through this article, I will explain in detail the two differences.

Basically, I will explain the general meaning of NTFS and FAT32, then the difference between the two, starting from the compatibility of the current operating system.

Well, actually NTFS has been around for a long time, you know. From Windows 2000 to Windows 10, NTFS is still widely used.

The features that exist in NTFS include access control, compress data, and security features in the form of data encryption.

FAT32 is an extension of the FAT16 system. This format has been released much longer than NTFS. Precisely that is in the period of Windows 95 (20 years).

FAT32 is commonly used in various devices. Starting from the hard disk, memory card, to flash. Because this format is supported on many operating systems.

It’s not even just a PC or laptop, you know. If we use the hard drive in the console as well, usually the FAT32 format is used. 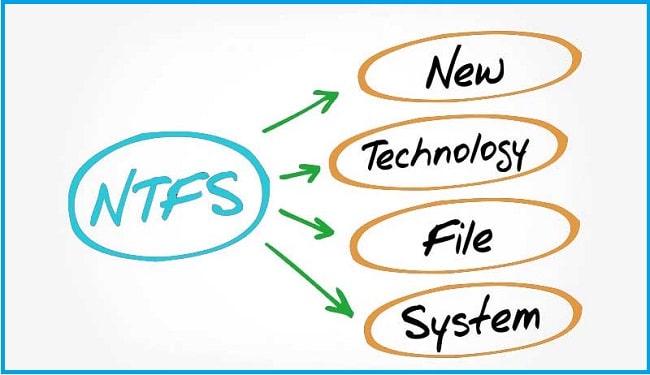 According to the meaning of Wikipedia, NTFS or New Technology File System is a file developed by Microsoft with a simpler design concept but has better capabilities than the FAT file system. NTFS was introduced in 1993 when Windows NT 3.1 was released.

With a simple system design, NTFS offers a variety of powerful features in a distributed environment, such as access control, which means who has the right to access the file/file or directory.

To date, NTFS is one of the best file system technologies from Microsoft and supports many operating systems such as Linux, BSD, and Windows.

To make it easier to understand, when you install the current Windows operating system, the main choice is NTFS as the file system.

Even so, you can still choose other options such as FAT32, but in the future, there will be inevitable file support or security problems.

This happens because the FAT file system still lacks permissions and encryption.

The Advantages of NTFS 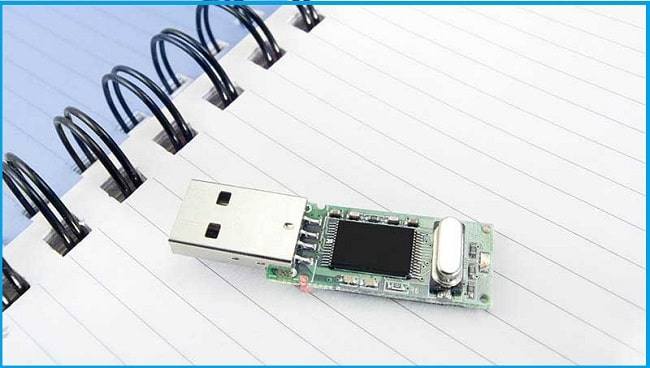 FAT or File Allocation Table is a file system that uses the table structure method as a method of operation.

During its development, FAT is the oldest file system ever developed, and FAT32 is one of the replacements for FAT16.

The following is a historical sequence of the FAT system that has been developed to date.

This file system became the main embryo of the development of operating systems at that time starting from DR-DOS, OpenDOS, FreeDOS, MS-DOS, IBM OS / 2, and Windows.

Meanwhile, FAT32 itself is the latest FAT file introduced by Microsoft when it released Windows 95 OSR2 in 1995.

However, FAT32 still supports many versions of Windows such as Windows 98, Windows ME, Windows 2000, Windows XP, Windows Server 2003, Windows.

Apart from the Windows operating system, FAT32 also supports other OSs such as Mac, Linux, to portable storage devices such as flash drives, digital cameras, and portable video players.

The Advantages of FAT32

NTFS Vs FAT32: The Difference Between NTFS and FAT32

After knowing the basic understanding of both, between NTFS and FAT32 with their advantages and disadvantages.

Here I will also explain the detailed differences between the two so that you can understand more. Check out the following explanation. 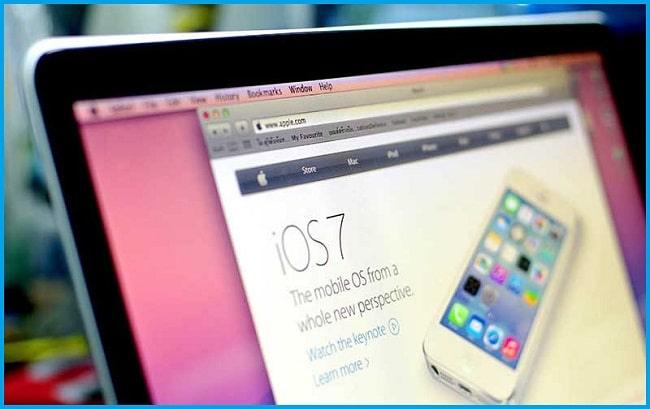 It is true that NTFS does not support MAC OS. This happens because MAC OS is designed differently with different structures.

The information I got says that Mac OS can read files on the NTFS file system, but can’t write them down.

Or simply not being able to make any changes, only being able to see or read. Even if you want to make changes, Mac OS users need additional software, one of which is Paragon NTFS for Mac.

Whereas the FAT32 file system, although it has many shortcomings, this file system is clouded by almost all operating systems today, from Windows, Linux, Mac, iOS, to Android.

Even portable storage like flash also uses the FAT32 file system to use it. Those of you who have a flash can check that FAT32 is still functioning until now.

This happens because FAT32 is very good for use on devices with relatively small storage, is not heavy, and speeds up existing access.

In addition, the flash also chose FAT32 because it can be used on all devices so that transferring files on different devices can still be done without any problems.

2. Maximum Size for Each File Saved 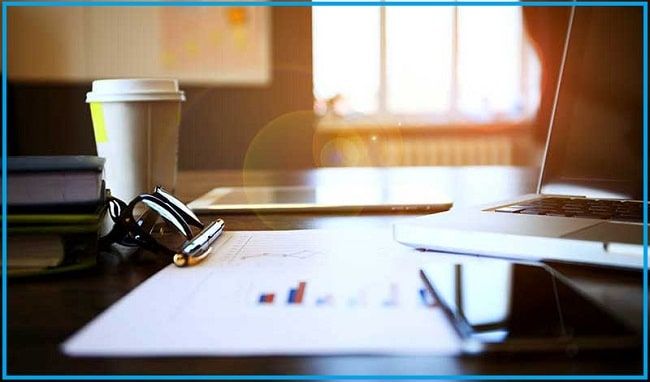 Then for the file system size on a single file for NTFS and FAT32 has a very significant difference. In this case, of course, NTFS has a larger bit of storage.

For one file, NTFS can store files with a maximum size of 16 Exabytes or the equivalent of 16 Billion GB per file.

This certainly looks very large, and of course, users can store any files freely as long as storage space is still available.

Meanwhile, FAT32 can only store one file with a maximum size of 4 GB per file. This means that when you copy or move a 4 GB file to a flash disk or SD Card, it will likely fail or say the file is too large.

It should be explained that there is only one file, not several files that are blocked and then copied to the flash.

This means that if you want to copy files more than 4GB per file, it will need to be compressed or split into multiple files. Another alternative is to change the file system to NTFS.

3. Maximum Number of Files That Can be Stored 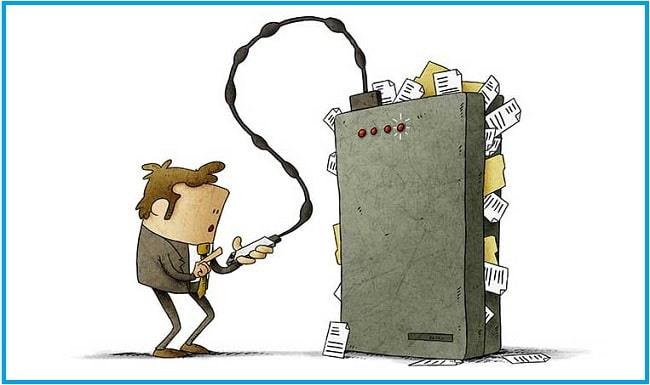 Very much, of course, and this is indeed suitable for use on computer devices such as hard disks, be it internal or external hard disks.

With that much storage, users can store as many files as possible.

As for FAT32, it can accommodate a maximum of up to 65,517 files. With a note that one file is a maximum of 4 GB per file as I explained in the previous point.

With this storage limit, a flask disk or portable device is suitable for using the FAT32 file system.

Why don’t you just choose the NTFS one, can there be more? FAT32 options as a limitation so that the storage drive when opened feels lighter, especially on devices with limited resources.

4. Maximum Size for Dividing the Partition 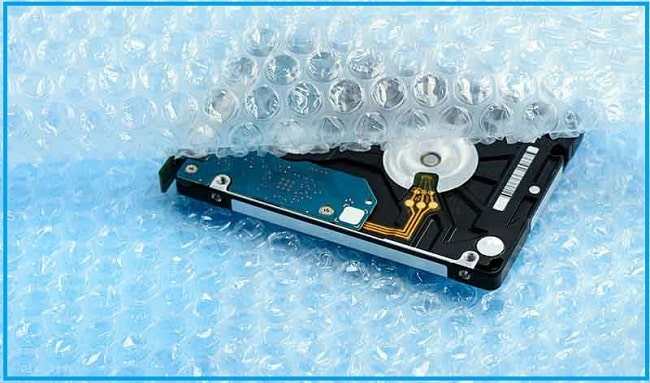 Next is the maximum size for partition division. On the NTFS file system, users can divide partitions with a capacity of 16 Exabytes or the equivalent of 16 billion GB.

With that much storage, of course, it will be very flexible in managing the division of partitions.

What about FAT32? For the FAT32 file system, users can only share partitions with a maximum size of 2 TB.

This means that you can set the hard disk that you have with a capacity of 500 GB to 2 TB to FAT32 with its advantages and disadvantages.

However, you will also be limited to a file storage limit of only 65,517 pieces as described in the previous point.

Then what if we set it more than that limit? For example, if you set the partition on the FAT32 file system to 3 TB, it will read only 2 TB, not 3 TB as desired.

The solution, you can choose NTFS as the file system.

5. Security Differences Between NTFS and FAT32 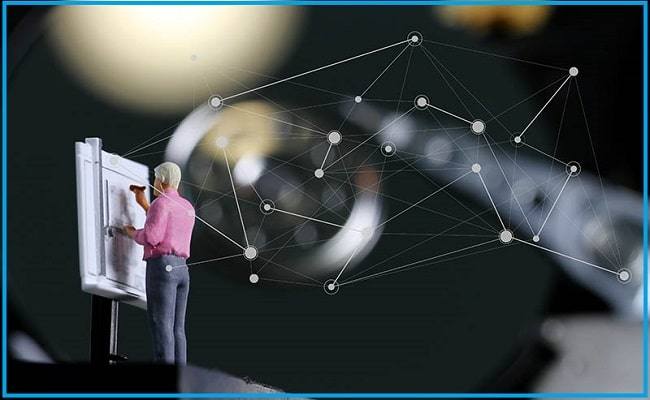 Talking about security, NTFS is designed to have a better level of security and is superior to FAT32.

Therefore, the choice of data security in storing important files, it is highly recommended to choose NTFS as the file system.

The NTFS file system has encryption and permission features where users can encrypt data and make changes to permissions as desired.

This means that users can control who can access or open the file. In addition, if you have files that may have been accidentally deleted, they may still be recovered with the help of data recovery software.

Is that right? Yep, because the NTFS file system is designed that way. I also experienced it when my file was deleted, finally, I did data recovery and it turned out that the data was still recoverable.

So the files stored on the device or storage media with a FAT32 file system, the possibility of damage or corrupt is very high.

So it is not uncommon if you find cases of data stored on the flash drive being corrupted.

Even so, don’t think that FAT32 is a lot of trouble, it’s not like that. Until now FAT32 has advantages and is still used for the default file system on flash or other storage media.

In addition, in terms of security, the device definitely has other security features to reduce unwanted risks.

That’s a detailed explanation from me regarding the difference between NTFS and FAT32.

Hopefully, the differences between the two file systems can become new insights and knowledge in managing partitions, files, systems, and so on.

Or it could be the explanation above to be a reference for readers in writing scientific papers or other needs if needed.

If you have other references or a more complete and detailed explanation, please write in the comments column below. Thank you and hope it is useful!