Hello friends, today we are going to sharing with you the Best Free Audio Editing Software For PC [Windows And Mac].

So, without wasting time let’s go to the point…

The editor software is not only in the form of videos and photos, but can also be music. Audio Editor, is the name for software that can edit audio. 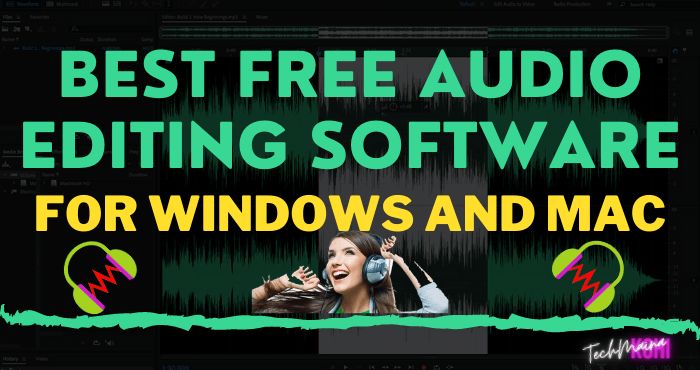 You can use this audio editor to modify music or other types of audio according to your desires and creativity.

The better the Audio editor used, the more likely the resulting audio will be better. Currently, there are many Audio editor software available out there.

Starting from light, simple, heavy, powerful, to easy to use, and difficult to use. All of them have their own advantages and disadvantages.

Of the many audio editing software, the author has summarized some software that I can recommend for you to try.

If you have a hobby that is related to music, and you need Audio editor software. You can try one of the following software recommendations … 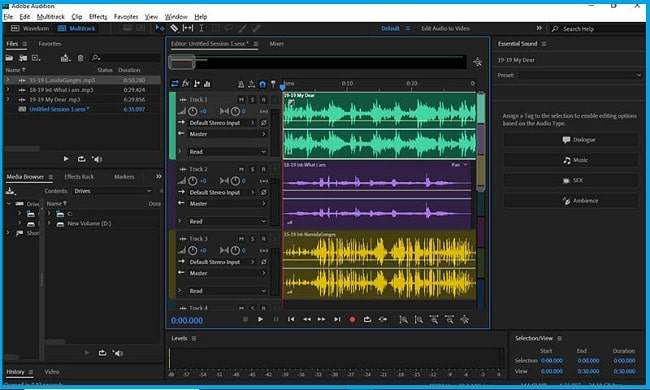 Just by looking at the name alone, you might be sure of this one software. Yes, Adobe has always succeeded in making its users feel satisfied when using their software.

This is the result of a long experience in developing software.

However, all of them are of good quality. Adobe Audition is not software that you can use freely.

You are required to pay in advance to be able to use Adobe Audition to its full potential. But before buying this software, you can use the trial first.

Adobe Audition itself is a software developed by Adobe to help professionals modify music.

Adobe Audition itself is equipped with various interesting features such as Multi-track editing, and Mixing.

Adobe Audition is also equipped with AI that will help you during the modification process. 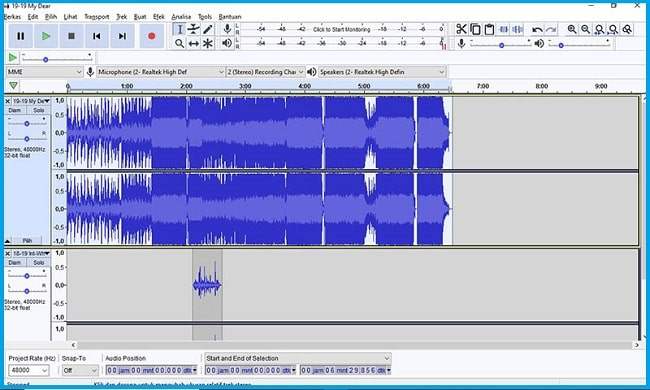 Audacity is a free audio editor software that is free to use by anyone, quite a lot of professionals use it. This software is also very easy to use, even for beginners.

One of the factors that make Audacity easy to use is its simple interface and strong intuitive feel.

One of the advantages that Audacity has that Adobe Audition doesn’t have is the support for more devices.

Not only that, but Audacity can also be added with various plugins and interesting effects.

Apart from that, Audacity has functions that are more or less the same as other Audio Editors. 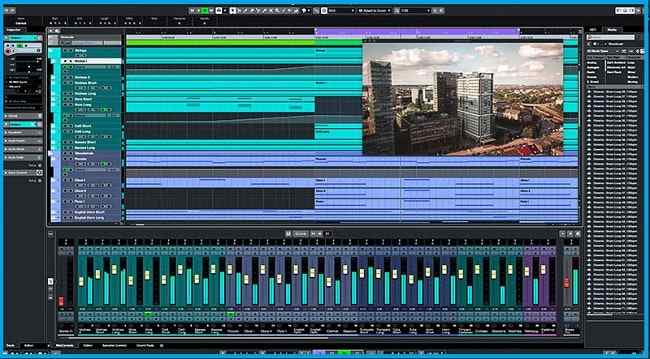 The next software offered by Steinberg, Cubase. This software is another audio editing software that the authors recommend for you to try.

Cubase is not offered for free, but you can use the trial version to try it out.

By using Cubase you can modify your audios to be even more interesting. You can add various filters and effects that can be made separate from the audio track with the Audio-Ins feature.

Not only that but in Cubase, you can also use the equalizer to adjust the frequency of your music to make it much smoother. 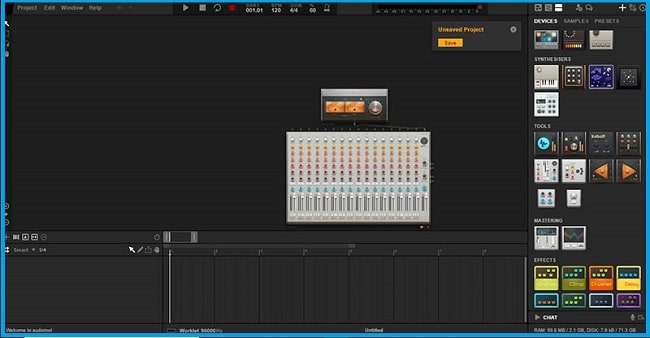 Slightly different from the previous one, the software that is in fourth place is software that you can freely access on the site.

Audio Tool is an audio editor web app software that the authors recommend for you to try.

In the Audio Tool, you can modify your music to be even better. You can also use the various features that are freely available.

One of the features that are quite special is a feature where you can collaborate with other music editors who also use the Audio Tool.

The disadvantage of this Audio Tool lies in its less intuitive appearance, so for those of you who are beginners, this software is quite difficult to use. 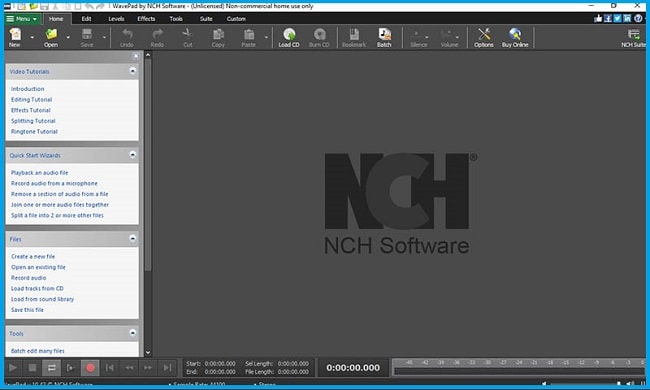 The next software comes from a developer who is known for his various editing software. Wavepad is software developed by NCH ​​Software with the aim of helping you modify music.

By using Wavepad you can edit your own music at home, you will also get access to various filters and effects.

Wavepad is also rich in interesting tools, some of which are batch processing, scrubs & audio search. 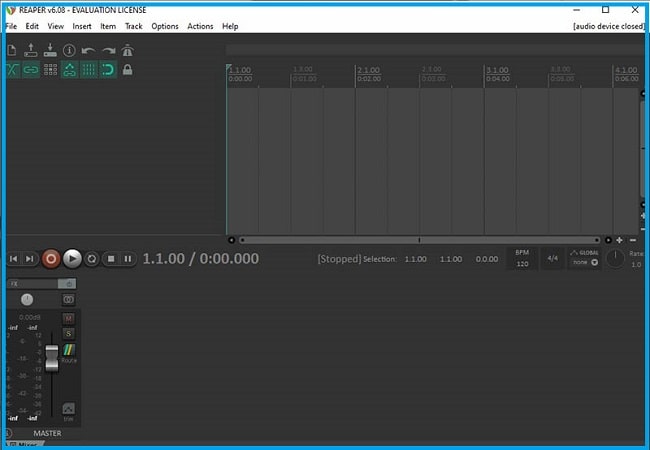 Still with the recommendation of audio editing software, in sixth place, there is a software called Reaper.

Reaper is another audio editor software that I recommend for you to try. In Reaper, you will get many interesting features that will be very useful for you.

One of its abilities that is quite interesting is the ability to record live audio in mono, stereo, or multi-channel audio mode.

It’s just that, Reaper is software aimed at veterans, so beginners will find it difficult to use it. 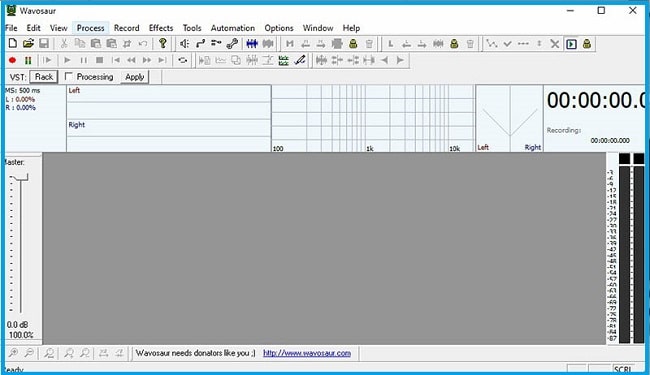 The next software is Wavosaur. This one software is another audio editor software that I recommend enough for you to try.

As with other Audio Editor software, here you will also get professional features that will help you modify your music.

Such as cutting, adding tracks, combining several audios into one, and other uses.

Wavosaur has a simple appearance, so you don’t have to worry about not being able to use it. 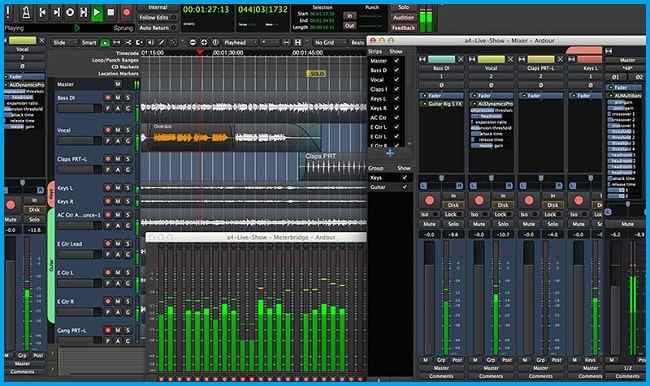 Ardor is a music editor software with great capabilities, it can also be used in many Computer OS. Starting from Windows, macOS, even though Linux.

By using Ardor, you can modify your music with the various features it provides.

Not only cutting and adding tracks, but in Ardor you can also do your own recordings, you can use a microphone or MIDI

Ardor also provides unlimited undo and redo, so you don’t have to worry about making a few mistakes. 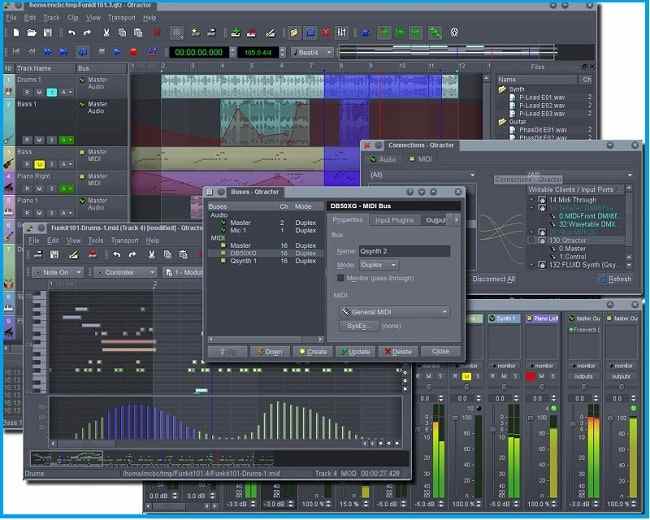 Still like the previous software, the Qtractor is an audio editor software that can also be used as a music recording at the same time.

This can be done thanks to the support for using the MIDI Controller.

Not only that, but the Qtractor also provides various cool features, such as Multi-Track Audio MIDI recording, and MIDI Sequencing.

This software is very good for you to use, especially for those of you who want to produce your own music. You can record and edit it in the same software. 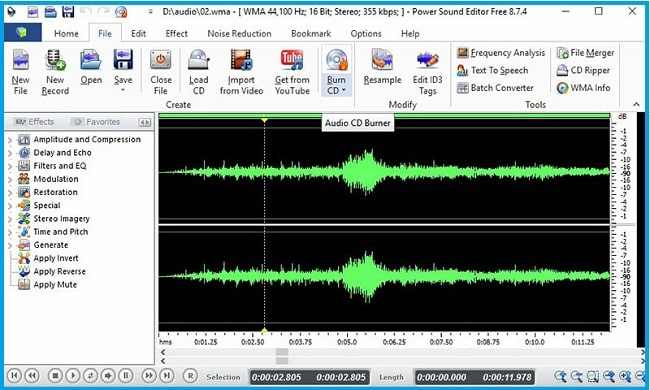 Decent audio software editors, software latter is also a software that is good and I recommend you try.

As the name suggests, Power Sound Editor Free is available for free and can be used freely by anyone.

Many say this software is similar to Audacity which is in second place. By using this Power Sound Editor Free you can produce your own music. Starting from recording, and editing can be done here.

So, these are the best Free software which are all very good for users. But users have to choose them according to their needs, and according to their profession, because if you only want to use this as a mixer and cutter, then there is no point in buying paid software.

So, the bottom line is that you have to choose what your needs are and then decide which one will best suit your needs.

A Complete Information on Origin Points for Gamers [2021]