Howdy friends, in this article we will share how to fix the issue “Nvidia Driver Not Compatible With This Version of Windows”. So let’s start…

NVIDIA Graphics is an application that functions so that NVIDIA VGA can run properly.

This application is a driver type. We can install it on all versions of Windows, from Windows XP to Windows 10, although it also depends on the type of VGA you are using. 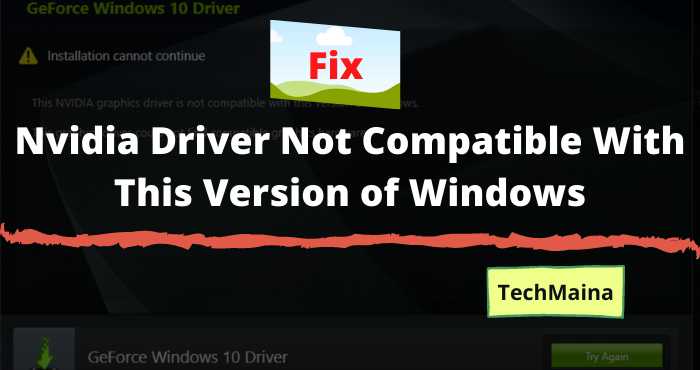 For how to install it yourself is very easy. I have also discussed this in the article How to Enable NVIDIA VGA some time ago.

So, on this occasion, I want to discuss a little about one of the error messages that usually appear in the NVIDIA Graphics application.

Yup, the message in question is ” not compatible with this version of Windows “.

Cause NVIDIA Graphics Not Compatible With This Version of Windows 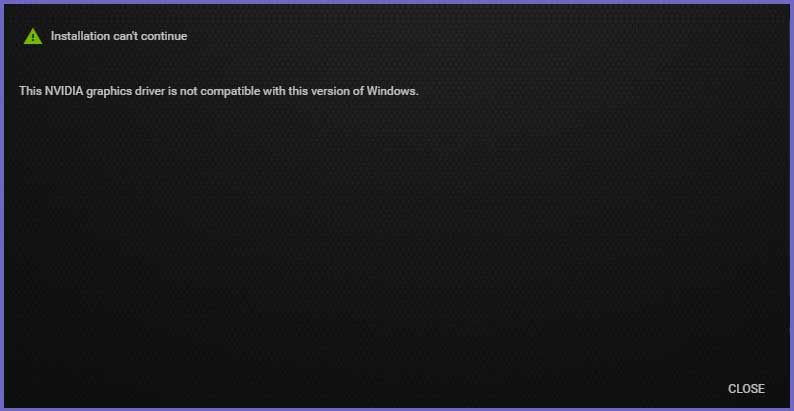 Basically, this software already supports all versions of Windows, but why does the not-compatible message appear?

Well, the causes themselves are twofold:

This error message itself usually appears more often on the new NVIDIA VGA. For example the 1000 series or later.

For older series, it might appear as well. It’s just that it doesn’t happen that often.

This error message will certainly make us troublesome. Because VGA can’t run normally. Especially for gaming. 😀

But take it easy, fortunately, there are several solutions we can do to overcome it. Guaranteed we can remove the error message. 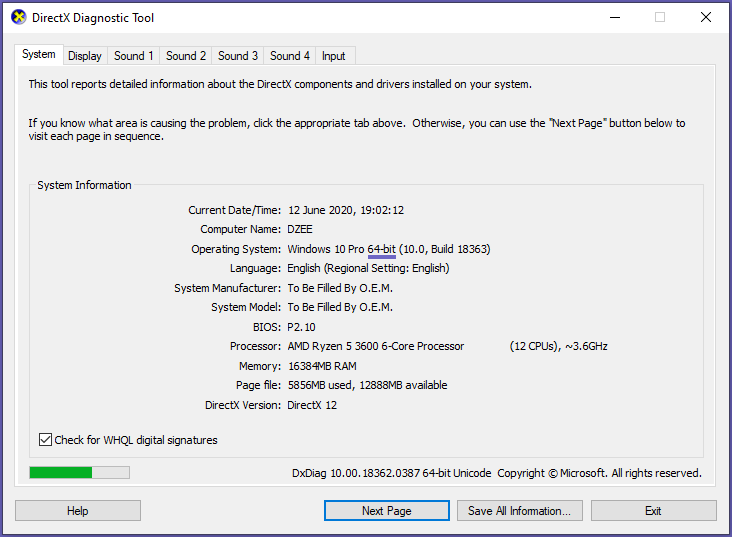 One of the causes of the not-compatible message on the NVIDIA Graphics application is the result of an error in installing the Windows version.

The version in question is the bit. Because as we know, there are two types of Windows, namely 32-bit and 64-bit.

Simply put, if we install the NVIDIA Graphics application on the wrong bit version of Windows, then the impact will result in this not-compatible error message appearing.

How to check this:

Next, now also check the NVIDIA application again. If the version is wrong, try downloading again with the correct version of Windows. 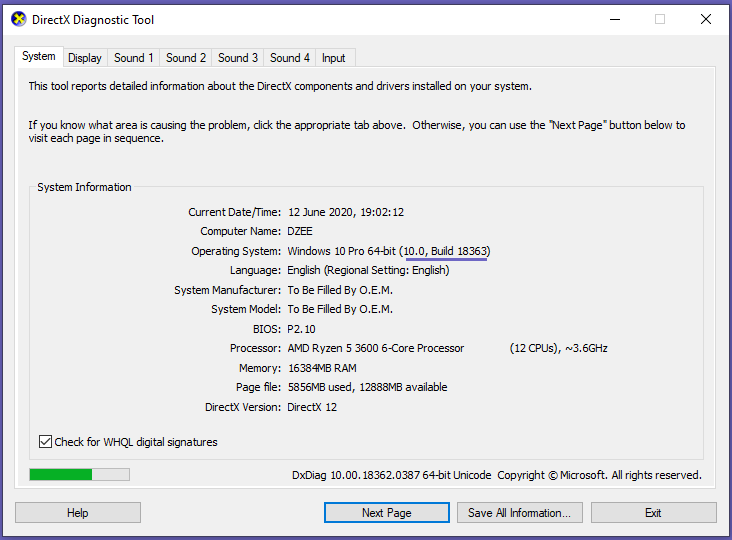 Maybe most NVIDIA users are also Windows 10 users, huh? Including myself, though. Hehe.

For information, in Windows 10 there is a build. Simply put, this build is an updated version.

To solve the message not compatible NVIDIA on Windows 10, then we have to make sure we build Windows 10 version 1607 (or later is better).

The method is exactly the same as I explained in the previous point.

3. Update Windows to the Latest Version

This method is intended if the Windows build on our computer does not match the recommendations from the NVIDIA application.

Now, for the update itself, it will automatically go directly to the latest version. That way, it’s guaranteed, later this compatible problem can be resolved.

If so, a restart button will appear. Here, please press the button and wait for the reboot to complete.

The source of the problem could also be a hardware incompatibility: as an example, a specific video card model doesn’t work on a specific motherboard model.

These nuances often become public quickly, so information about them can be found on the Internet; just enter a query of the type in any search service:

Needless to say, for this, you must first determine the exact parameters of both teams. You can find the instructions for graphics cards in method 1 above and for the motherboard in the material at the link below.

Compatibility issues can usually be fixed by installing updated BIOS firmware on the board, the GPU, or both components at the same time.

In exceptional cases, not even a firmware update can fix the error. This means that one of the devices is defective.

In this situation, it may be helpful to contact a service center or replace the problem component.

We have the following advice for your future: try to buy components from reputable manufacturers, as this guarantees official and user support.

Now, with the three steps above, the problem with Nvidia Driver Not Compatible With This Version of Windows can be resolved.

But it should be noted, maybe the error conditions will vary on each PC. If it doesn’t work, try sending a more detailed comment about the error you’re experiencing, so I can help later.